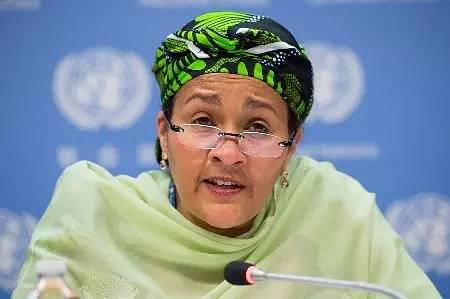 Association for Defending Victims of Terrorism – There is a “bloody surge” impacting humanitarian crises around the world, with civilians in conflict zones paying the highest price, the UN deputy chief told the Security Council.

Briefing on behalf of the UN chief, Deputy Secretary-General Amina Mohammed, painted a grim picture of civilian executions, arbitrary arrests, detentions, forced displacement and sexual violence against children, on a massive scale, in the Tigray region of Ethiopia.

She also spoke of “brutal attacks” in Afghanistan, Syria and Yemen, where 20 million people are living “face-to-face” with hunger.

“We are in uncharted waters”, she said, with the “sheer scale of humanitarian needs” never greater.

This year the UN and its partners are seeking to assist 160 million people – its highest number ever.

The “hurricane of humanitarian crises” is compounded by a “relentless wave of attacks” on humanitarian and medical workers, and the imposition of ever narrower constraints on humanitarian space, according to the deputy UN chief.

Shootings, bodily and sexual assault, kidnappings and other attacks affecting humanitarian organizations, have increased tenfold since 2001, according to Ms. Mohammed.

“In the five years since this Council’s landmark resolution calling for an end to impunity for attacks on healthcare systems, workers and patients have suffered thousands of attacks”, she said.

Meanwhile, it is becoming ever more difficult to provide vital humanitarian aid to people in need.