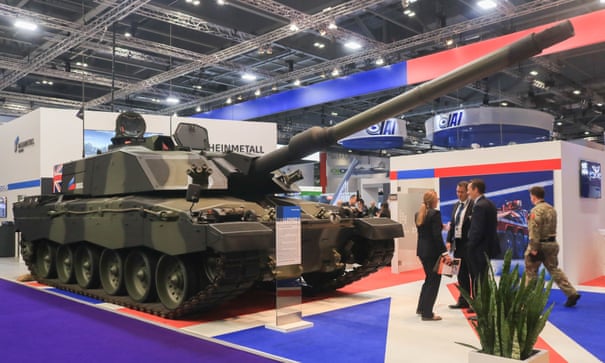 Association for Defending Victims of Terrorism – Elisa Epstein, Washington Advocacy Officer for Human Rights Watch, said in her latest article that, the Biden administration notified Congress in June of a proposed sale of more than $2.5 billion in arms to the Philippines, including fighter jets and two kinds of precision missiles. The notice came less than two weeks after the International Criminal Court prosecutor sought approval to open a formal investigation into crimes against humanity related to the Philippines’ brutal “war on drugs.”

She added,  In February, the United States approved plans to sell Egypt missiles worth $197 million. In May, news broke of an approved arms sale worth $735 million of precision-guided weapons to Israel amid its latest military offensive in Gaza, where it used large, precision-guided munitions to destroy multi-story buildings containing scores of businesses and homes on the pretext of some unproven Hamas presence at those sites. According to the United Nations, Israeli airstrikes in May killed 260 Palestinians in Gaza, at least 129 of whom were civilians, including 66 children.

To put it bluntly, the Biden administration is selling weapons to at least three human rights abusers — the Philippines, Egypt and Israel— despite a pledge to make human rights central to its foreign policy.

The Biden administration should live up to its human rights commitments. If it can’t or won’t, Congress should exercise greater oversight and oppose sales to abusive regimes.

She ended, the U.S. government cannot claim to promote human rights while selling advanced weapons to rights-abusing governments. It not only undermines Biden’s credibility, but also undermines respect for human rights across the globe.