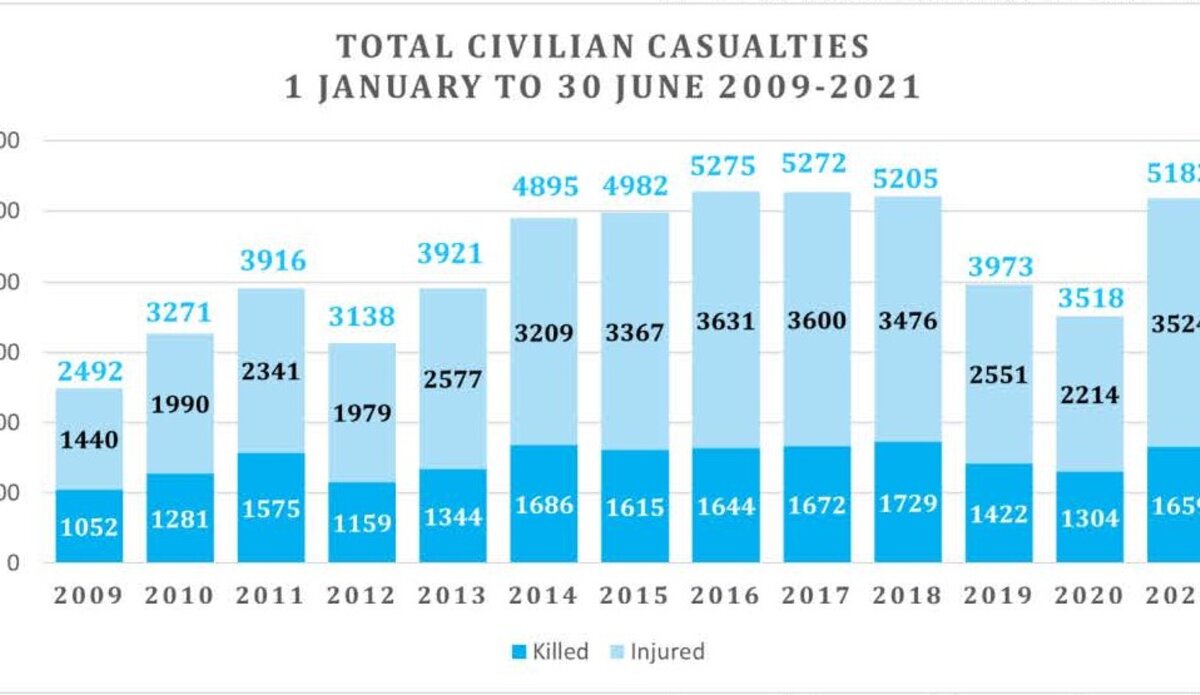 Afghanistan: Record number of women and children killed or wounded

Association for Defending Victims of Terrorism – based on a new report by UNAMA a record number of children and women have been killed or wounded in Afghanistan in the first half of 2021.

More women and children were killed and wounded in Afghanistan in the first half of 2021 than in the first six months of any year since records began in 2009, a United Nations report revealed.

A particularly sharp rise in casualties occurred in May when international military forces began withdrawing from the country and fighting intensified following the Taliban offensive to take territory from Government forces.

The UN Assistance Mission in Afghanistan (UNAMA) reported in its Afghanistan Protection of Civilians in Armed Conflict midyear update, that there were 1,659 civilians killed and 3,254 wounded; a 47 per cent increase compared with the same period last year.

UNAMA said it was particularly concerned about the acute rise in the number of civilian casualties in the period from 1 May, with almost as many recorded in the May-June period as in the entire preceding four months.

“I implore the Taliban and Afghan leaders to take heed of the conflict’s grim and chilling trajectory and its devastating impact on civilians,” said Deborah Lyons, the UN Secretary-General’s Special Representative for Afghanistan.

“The report provides a clear warning that unprecedented numbers of Afghan civilians will perish and be maimed this year if the increasing violence is not stemmed,” Ms. Lyons added in a statement accompanying the report.