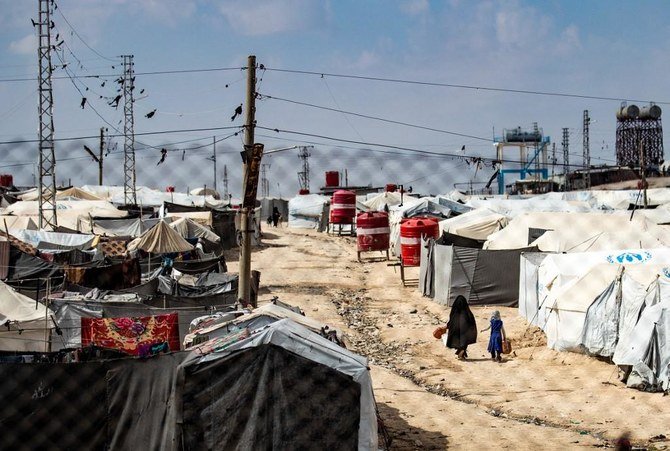 Association for Defending Victims of Terrorism – DOZENS of ISIS members stripped of their British citizenship are set to capitalise on a new court ruling to find their way back into the UK, sources at the Home Office have warned.

The High Court ruled on Friday the government acted unlawfully in 2019 when it stripped a British grandmother of her citizenship because it had not told her it was doing so. The woman from the north of England, known only as D4, had been suspected of being a member of ISIS in Syria along with her daughters. The government had said it had revoked her passport on the grounds of national security.

But her court victory has now set off a wave of panic at Whitehall as civil servants brace for a wave of jihadists trying to worm their way back into the UK.

Sources told The Sunday Times at least 28 suspected members of ISIS could use the ruling to have their citizenship reinstated.

A senior Whitehall source was quoted calling the court’s decision “nuts” while a second predicted the floodgates would open. They said: “It will open up the prospect of people judged to be a national security risk being sent back here.”

In a ruling, Mr Justice Chamberlain found the decision “which purported to deprive D4 of her British citizenship” was, because she was not given notice, “void and of no effect”. He added: “D4 was from that date, and remains, a British citizen.”

The Home Secretary has taken a tough line on British-born jihadis who want to return to the UK, stripping them of their citizenship.