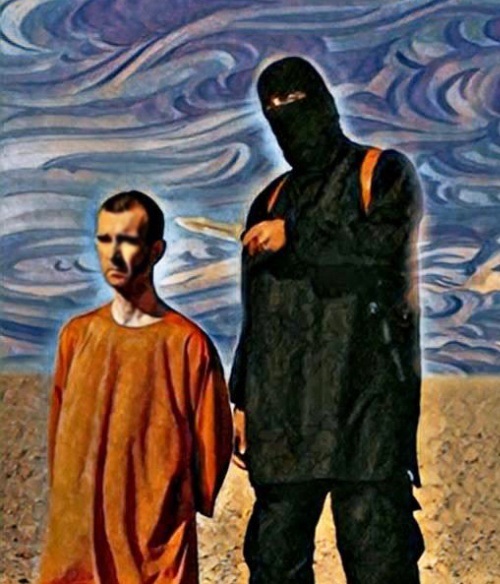 Association for Defending Victims of Terrorism – Patrik Paulov wrote about Syria war and Swedish terrorist in Iraq and Syria.

There was national outrage over the 300 Swedish jihadists in Syria and Iraq — but no-one wants to draw attention to the fact that they fought side by side with groups that had received foreign aid from Sweden, writes PATRIK PAULOV in the first of a two part series

The stream of travellers from Sweden to terrorist organisations in Syria and Iraq had begun early. According to the Swedish Security Service a total of 300 people had travelled there from 2012 to 2019 — when Isis began to lose its territory toward the end of 2015, the number of travellers decreased dramatically.

WHEN the Kurdish-led Syrian Democratic Forces (SDF) together with the US-led coalition seized control of the small city of Baghouz on March 23, 2019, the last Isis stronghold fell in Syria.

The city lies just to the east of the Euphrates river, which makes it a part of the Syrian territory which the US has illegally proclaimed as a “no-go zone” for the Syrian Army.

There were several Swedish Isis fighters with their wives and children among those captured. The arrests almost led to a competition among Swedish politicians and media in terms of suggesting the toughest punishment possible.

Of course those who have committed crimes in Syria and Iraq should be prosecuted for their deeds. Murder and rape are serious crimes — no matter where the crimes took place.

Still, all those calls for a tough punishment seemed hypocritical. Why had they been so silent all these years while this phenomenon had been known? And why being so silent concerning the fact that these Swedish fighters fought side by side with the forces of the Syrian opposition supported by Sweden?

In April 2013, six years before these loud cries against the Swedish Isis fighters, I interviewed Abbess Agnes Mariam, working in Homs province in Syria.

She sharply criticised the Western world that encouraged and supported the Syrian uprising. She knew very well about the fighters from foreign countries and their crimes and she even warned: “You do know that there is a battalion from Sweden among the rebels?

“There is also a battalion from France and one from Belgium and from many other countries. What do you think will happen when they leave Syria and go home? Will they be able to just be normal citizens and return to their old lives?”

A similar warning came from Bashar Said, a translator in Damascus, also in 2013, after the government-controlled parts of the capital city had once again been exposed to bloody attacks against civilians.

“These so-called ‘fighters for democracy’ have been supported by the West’s intelligence services ever since Afghanistan in 1979, being used against governments and people who disobey them. However, the snake will bite the hand that feeds it…”

The fact that Swedes were present in Syria and participated in the battles on the side of the Syrian opposition was already known by autumn 2012.

In November, a group calling itself the Swedish Mujahedeen Fi Ash Sham published a video on Youtube with the purpose of recruiting people. In the video, they spoke Swedish and called for Swedish Muslims to travel to Syria. They said it was a religious duty to participate in the battle against the Syrian regime.

The Swedish news agency TT reported on November 26 2012 that the Swedish Security Service (Sapo) was worried about Swedish travellers to Syria as they might commit war crimes in Syria or attacks in Sweden.

“This is a very natural consequence of the passivity of the outside world concerning taking action and helping those who are suffering in Syria. The Syrian conflict has been going on for nearly two years.

“In the meantime, we have not seen any serious attempts to intervene and help those affected by the fighting. Therefore, it becomes quite natural that people decide to go on their own to Syria and do what they think is suitable, which might be going to battle.

“I personally know how it feels to sit at a distance, watching the developments in Syria and wanting to help. You see how the outside world is letting you down. Personally, I have decided to go there and help, but maybe not by fighting against Assad.”

The reporter asked if the trips to Syria should be considered as some kind of protest against the outside world’s passivity, to which Yasir Al-Sayed Issa answered: “If the outside world had reacted earlier, I do not think we would have seen this kind of development where independent people from all over the world are travelling to help the suffering people in Syria.

“I think there are many who are very angry and frustrated about how the outside world has handled the Syrian conflict despite seeing almost every day how the Assad regime is [ending] tens of lives everywhere in Syria.”

Finally, Yasir Al-Sayed Issa explained that he was convinced that Assad was on his way to be overthrown, he hoped “within a couple of months, but it might take until summer.”

On TV, it was never said that Yasir Al-Sayed Issa belongs to a family with connections to the Muslim Brotherhood, one of the groups that initiated the armed uprising.

Yasir al-Sayed Issa’s father, Tarif al-Sayyed Issa, was later to move from Sweden to Idlib and join an armed umbrella organisation that included Jabhat al-Nusra and other extremists. When he was killed by a car bomb in 2018, he was praised as a martyr by the Brotherhood, according to Swedish daily Expressen.

The interview on TV4 reflects the ambivalence in Sweden and other Western countries during the autumn of 2012 and the time thereafter. Back then, one could appear on television and speak positively of the jihadist fighters in Syria without being asked any critical questions.

The media had adopted the narrative that the Assad regime was the evil side. Hence those fighting against the regime must belong to the good side.

If the media had spoken to some of the millions of Syrians that were victims of the armed groups’ assaults and terror, they would have had another picture of reality.

The stream of travellers from Sweden to terrorist organisations in Syria and Iraq had begun early. According to the Swedish Security Service a total of 300 people had travelled there from 2012 to 2019. When Isis began to lose its territory toward the end of 2015, the number of travellers decreased dramatically.

Magnus Ranstorp, terrorism researcher at the Swedish Defence University, together with Linus Gustafsson published a report in June 2017 called Swedish Foreign Fighters in Syria and Iraq. They had studied classified material concerning 267 of the Swedish terrorist travellers that are known by Sapo.

Half of them — 136 people — had travelled to the area in 2012 and 2013. This was before Isis had established its caliphate and before Isis had become a magnet for jihadists. It was also during this period that the media described these Swedes as wanting to help the Syrian people.

In that sense, the commonly used term “Swedish Isis fighters” is carelessly chosen. It conceals the fact that many of the Swedish citizens in Syria and Iraq have fought and committed crimes while being in other organisations outsid

How European arms exports are forcing millions from their homes

Pope prays for all migrants, from the Mediterranean to Belarus