Home News They Are Terrorists 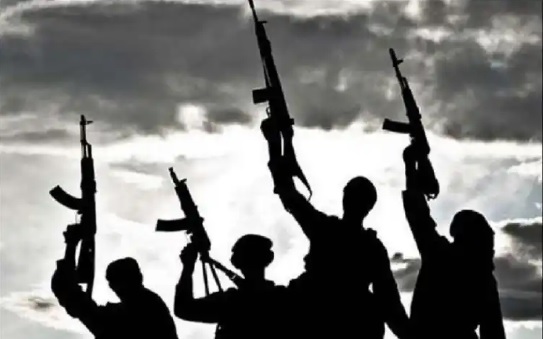 Association for Defending Victims of Terrorism – in an editorial article in Leadership Nigerian website we read about terrorists not bandits.

The article goes, the security situation in the country is deteriorating by the day and necessitating calls for a decisive action by the federal government and all state actors against the activities of terrorists. Those who have been terrorising the country, kidnapping, maiming and killing innocent Nigerians are simply terrorists and should not be given any other label.

Terrorism involves the use or threat of violence and seeks to create fear, not just within the direct victims but among a wider  audience. Marches, protests, and similar peaceful activities do not meet the criteria for terrorism. The purpose of the violent extremism is not just or even primarily to hurt, kill, or destroy the immediate target, but rather to convey a message.

With reports at the disposal of the government, it should be able to define who is actually a terrorist or cattle rustlers and so label them to be treated as such by the  security agencies. Those we are calling bandits have moved one step forward because of the kind of weapons they use. If a bandit can go to the extent of bringing down a fighter jet, it is no longer banditry but terrorism pure and simple.

In the opinion of this newspaper, what  the nation is currently witnessing is more than banditry, and calling the perpetrators the right name will help us to tackle them and bring the menace that has almost crippled this country to a permanent end.

Weapons like anti-aircraft guns or Surface to Air Missiles are expensive. And from recent happenings across the country, especially in the North, it is clear that the so-called bandits have enriched themselves enough from ransoms received from kidnappings to purchase such war hardware.

In our view,  it is high time the government walked  the talk by matching military might and actions with the required political will and dealing with the issue decisively. They are all terrorists. Kidnapping and banditry should be declared as terrorism, and those involved should  be seen as running terrorist organisations.

The continued reference or labeling of the perpetrators of violence across the country, especially in the North as bandits, rather than terrorists is,  to all intents and purposes like treating the issue with kid gloves. Let’s call a spade a spade; otherwise, there will never be an  end to the violence. Criminals are criminals and should be dealt with accordingly, without sentiments, fear or favour.

In Kaduna State, between January and March this year, a total of 323 people were killed by bandits. This was reported by the commissioner for Internal Security and Home Affairs at a State Security Council meeting. The figure given out was 292 males  and 20 females. Another 949 people were kidnapped by bandits during the same period. The figure is higher today.

And in Zamfara State, in June this year, according to a police report, 88 villagers were killed by bandits in one day. One can therefore imagine the unofficial figures. The perpetrators of these dastardly acts, with all sense of morals, shouldn’t be romantically called ‘bandits’. No, it shouldn’t be!

The actions of these people have led to the killing and displacement of thousands of innocent citizens whose sources of livelihood have also been completely destroyed. Who else does that kind of evil but a terrorist?

It  does not make sense for security operatives to have a time lag in the pursuit of criminal elements at all. It is expected that various means of information sharing techniques are adopted to trace the hideouts of these criminals or crime scenes with a view to crushing the perpetrators. There may be civilian casualties in such operations, but definitely, those cases are  not premeditated.

In order to find a lasting solution to the insecurity ravaging the country, government must be proactive in getting the necessary intelligence to deal with organised crimes. Hardened criminals must be hit hard and treated accordingly. Unlawful carrying of arms should also be seriously punished. President Muhammadu  Buhari’s shoot at sight order on possession of AK-47 riffles should not be a mere pronouncement.

Government has the responsibility to provide genuine leadership required in prosecuting this war. The government must show the will to fight the terrorists. The use of intelligence and aggressive military action is the best way to deal with these terrorists being pampered as insurgents or bandits. They are terrorists, nothing more nothing less.