Home News The only guarantee against the use of nuclear weapons is their total elimination. 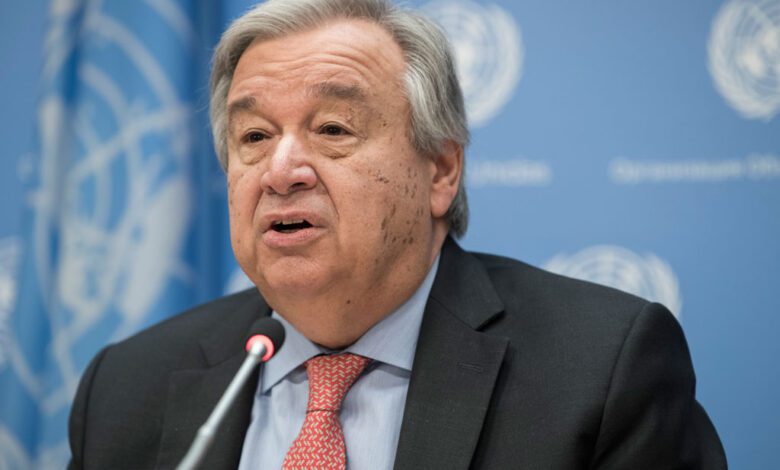 The only guarantee against the use of nuclear weapons is their total elimination.

Association for Defending Victims of Terrorism – Secretary-General sent a video message to Hiroshima Peace Memorial. Here is the excerpt from it:

It is an honour to send this message to the Hiroshima Peace Memorial, and to pay tribute to the victims and survivors of the atomic bombing of Hiroshima.

On this day seventy-six years ago, a single nuclear weapon brought unimaginable suffering to the people of this city, killing tens of thousands of people instantly, tens of thousands in its aftermath, and many more in the following years.

I am deeply concerned by the lack of progress towards the goal of a nuclear-free world. States in possession of nuclear weapons have been modernizing their arsenals in recent years, sparking a new arms race. But the decisions by the Russian Federation and the United States to extend the New START treaty, and engage in a dialogue on arms control, are welcome first steps towards reducing the risk of nuclear catastrophe.

I call on all States that possess nuclear weapons to adopt risk reduction measures, individually and jointly. We can never take the norm against the use of nuclear weapons for granted. I also urge governments to use the Tenth Review Conference of the Nuclear Non-Proliferation Treaty to strengthen their commitment to a nuclear-weapon-free world.

The only guarantee against the use of nuclear weapons is their total elimination.

The United Nations and I personally continue to be fully committed to the goal of a nuclear-weapon-free world.