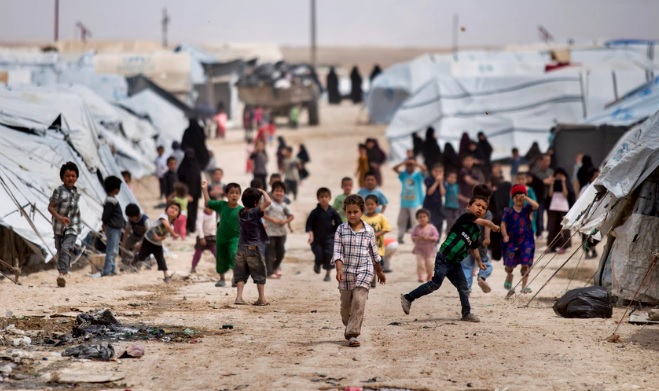 Association for Defending Victims of Terrorism – VOA reported,  More than two years after the collapse of its self-declared caliphate, the Islamic State terror group appears to be trying to rebuild its army in the eastern Syrian desert on the backs of boys and teenagers, many smuggled out of the displaced persons camps that dot Syria’s northeast.

The revelation, based on U.S. military intelligence, is part of a report issued Tuesday by the U.S. Defense Department’s inspector general on American and allied operations in Syria and Iraq.

In particular, the report warned that despite a series of crackdowns by the U.S.-backed Syrian Democratic Forces, IS, also known as ISIS or Daesh, retains significant influence in many of the camps, as well as freedom of movement, allowing it to target “the most susceptible” for recruitment.

“ISIS has given priority to smuggling boys out of these camps to training locations in the Syrian desert,” the report said, citing assessments from the U.S. Defense Intelligence Agency.

U.S. military officials further warned that the al-Hol displaced persons camp, in particular, has been a hotbed for IS recruitment and radicalization.

Women and children are seen in the Kurdish-run al-Hol camp which holds suspected relatives of Islamic State (IS) group fighters, in Hasakeh governorate in northeastern Syria, Jan. 28, 2021.

The inspector general report did not say how many children had been recruited by IS and taken to training camps, but the concern is not new.

U.S. military officials have repeatedly warned about the potential for IS to take advantage of conditions at displaced persons camps as the terror group looks to regenerate its capabilities.

The commander of U.S. Central Command, General Kenneth “Frank” McKenzie, said “Unless we find a way to pull these children out of these camps … find a way to reintegrate them into civil society and deradicalize them, we are giving ourselves a very significant military problem 10 years down the road,”

Al-Hol, home to more than 60,000 people, mostly women and children, was also emerging as a key transit point, both for funds and for people and weapons.