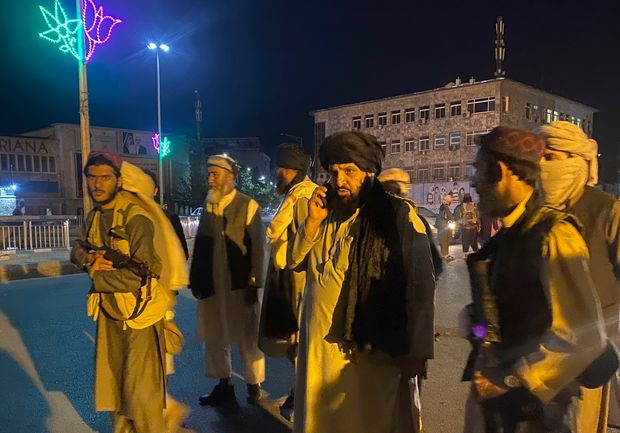 “It is only a matter of time until al-Qaeda reemerges in Afghanistan and presents a threat to the American homeland and western world,” Graham said in a statement sent to Newsweek on Sunday. “President Biden seems oblivious to the terrorist threats that will come from a Taliban-run Afghanistan.”

“They are medieval thugs who sympathize with al-Qaeda, brutalize women, and destroy all concepts of religious tolerance,” Graham said

In the statement, parts of which he also tweeted, Graham called the Taliban’s takeover of Afghanistan “a sad and dangerous event for U.S. national security interests and the world at large.”

Graham slammed a statement by Biden that said it is up to Afghan forces to fight, saying it “shows a complete disconnect as to the threats America faces.”

“Does President Biden truly believe the Taliban has America’s best interests at heart?” the statement said. “Are we comfortable outsourcing American national security to the Taliban?”

He added, “The decision by President Biden to fully withdraw is a calamity for the people of Afghanistan, a disaster for the American people, and shows a lack of understanding as to the threats that still emanate from the War on Terror.”

Graham also called on the Biden administration to not accept the Taliban as the legitimate government of Afghanistan.