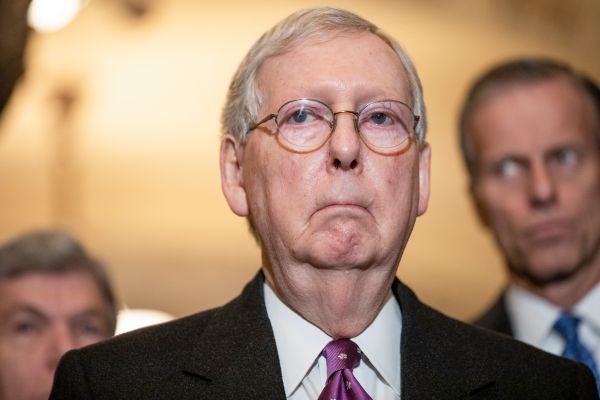 Association for Defending Victims of Terrorism – The Republican Senator from the state of Kentucky, Mitch McConnell, harshly criticized the decision to withdraw US troops from Afghanistan, calling it “One of the worst foreign policy decisions in US history”.

Speaking to Fox News Sunday, the conservative admitted that “Our heroic army is doing the best it can in a horrible political decision. This is one of the worst foreign policy decisions in US history, far worse than Saigon. “

Trying to make a parallel with the withdrawal that took place in Vietnam in 1975McConnell assured that what happened in Kabul is worse because of the terrorist threat that will remain once all the US military forces evacuate.

“After we left Saigon, there were no Vietnamese terrorists planning to attack us here at home. We left behind exactly what we decided to solve 20 years ago. I fear for the future and the continuation of the war against terrorism “McConnell argued.

He emphasized that having decided to stop fighting did not mean that the terrorists would leave and stressed that currently “They are invigorated. They are emboldened and excited about the success they see in bringing America to its knees in Afghanistan. “