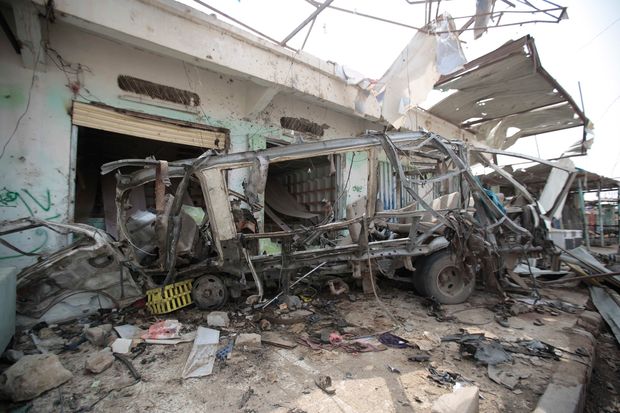 Hundreds of victims of the war in Yemen today submit evidence to the International Criminal Court – calling on the new Chief Prosecutor Karim A.A. Khan QC to open an investigation into War Crimes and Crimes Against Humanity committed during the six-year conflict.

In their application – filed by their legal counsel Guernica37 International Justice Chambers of London – evidence is submitted by survivors, their relatives, and families of the deceased murdered in three, well-documented and already international NGO-investigated and global reported events:

–  Against a school bus in August 2018, killing 34 and maiming dozens more in an attack so devastating many families could not recover any recognisable body parts of the child victims;

–  In a double missile attack launched in October 2016 against the same funeral gathering which led to at least 110 deaths and over 600 life-changing injuries;

–  Torture and murder of civilians in Aden, southern Yemen by Colombian mercenaries under the command of a US private military company contracted to the United Arab Emirates.

Since the Saudi-led war commenced in 2015, destroying a well-advanced UN-mediated peace and reconciliation process, it is estimated some quarter of a million have been killed and a further three million displaced.

Speaking of the attack on behalf of victims of the school-bus attack, Almudena Bernabeu co-founder of Guernica37 said:

“At the time of the attack the Coalition claimed they would investigate and hold the perpetrators to account. Of course, they did no such thing. As the court of last resort, victims and families have no choice but to call on the International Criminal Court to ensure justice is done”.

Toby Cadman co-founder of Guernica37 added: “While our campaign begins at the International Criminal Court, we intend to fight our case using all and every legal avenue available. Those who perpetrate the worst crimes can and will be held accountable”.