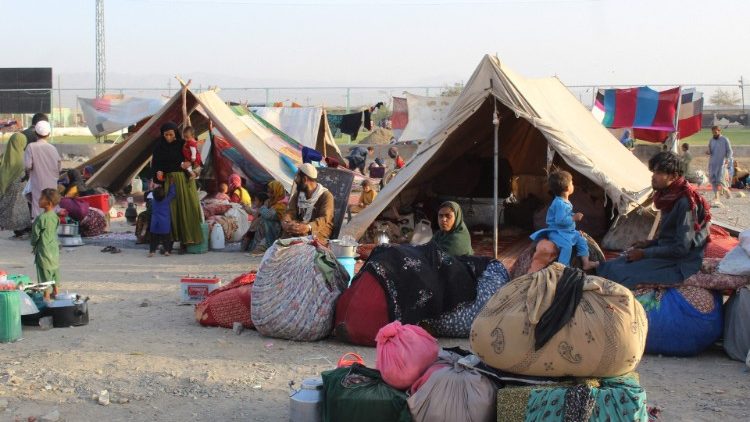 Association for Defending Victims of Terrorism – Vatican News reported, In a joint statement released by CEC and COMECE, the two bodies representing European Churches and European Bishops call for solidarity with the people of Afghanistan and for support from European Union Member Nations.

In a joint statement released by the Bishops’ Conferences of the EU (COMECE) and the Conference of European Churches (CEC), the two bodies express their shock in receiving reports from Afghanistan “manifesting [the] suffering and helplessness of the Afghan population, undeniably demonstrating their distress and existential fears”.

Signed by Cardinal Jean-Claude Hollerich, President of COMECE, and Reverend Christian Krieger, President of CEC, the statement expresses “particular concern” for those who still require evacuation, as well as for members of vulnerable groups, who remain at great risk of losing opportunities and facing potential mistreatment. At the same time, continues the statement, the two bodies express their thanks and “immense gratitude” to all who have been engaged in the evacuation and humanitarian efforts despite precarious security conditions. “We wish to express our deep solidarity with the suffering people of Afghanistan, in particular with women, girls, children, and people with disabilities, among other vulnerable persons”.

COMECE and CEC write that they are appealing to “all parties to ceaselessly work for peace through dialogue and respect for the rule of law and fundamental human rights of all”. They go on to extend their appeal to the international community to protect persons who are targets of oppression and whose lives are at risk, “such as civil society actors, human rights defenders, journalists, artists and members of ethnic and sexual minorities, as well as Christians and other religious communities”.  The two presidents then add their call for increased protection of all evacuating personnel and those involved in humanitarian organisations, and urge the European Union to increase humanitarian assistance in the country.