Home News Pope to G20 Interfaith Forum: The path of peace is not found in arms but in justice 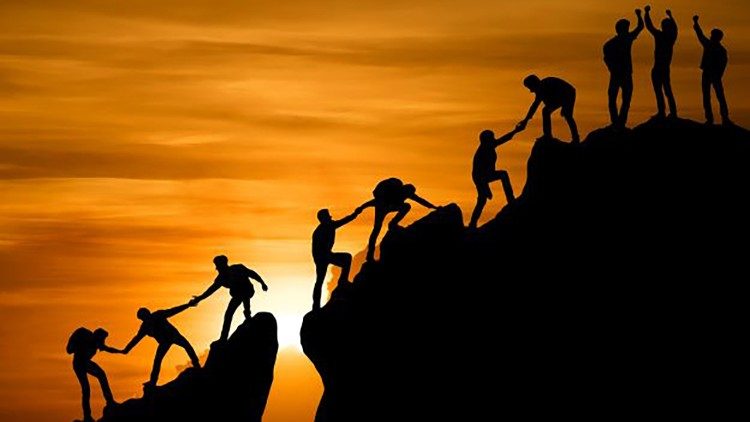 Pope to G20 Interfaith Forum: The path of peace is not found in arms but in justice

Association for Defending Victims of Terrorism – Pope Francis sends a message to participants in the G20 Interfaith Forum, and urges religious leaders to pursue peace for all peoples and to serve truth.

He said the role of religions is essential in overcoming war and hatred, since “true religion consists in adoring God and loving our neighbor.”

He cited figures which indicate that over 3,000 attacks on places of worship have taken place in the past 40 years, killing over 5,000 people.

“It is too easy to see that those who blaspheme God’s holy Name by persecuting their brothers and sisters can still find financing,” he said.

However, religious leaders are called to “serve truth” and “declare without hesitation and fear that evil is evil, even and especially when those who commit the acts profess our same creed.”

Pope Francis urged peoples of all religions to put aside arms and forgive one another as brothers and sisters. “The path of peace is not found in arms but in justice,” said the Pope. “And we religious leaders should be the first to support this process.

“We should not be neutral,” he said, “but allied on the side of peace!”