Home News Judaism, Christianity and Islam can play a key role in peacemaking 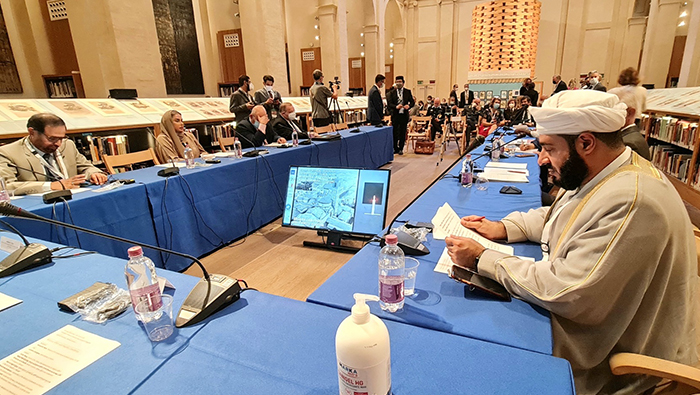 Judaism, Christianity and Islam can play a key role in peacemaking

Association for Defending Victims of Terrorism – G20 Interfaith Forum was held in Italy.

Italian President Sergio Mattarella sent a message that was read to the forum assembly, saying that attention to the spiritual dimension of life is an important part of what he called the growing presence of religious leaders in global political conversations.

He called for inclusive dialogue to combat the spread of hate speech, saying he firmly believed most people remain moderate and tolerant toward each other. He also said open dialogue and daily, constructive coexistence strengthen social cohesion and inclusion.

President of the World Jewish Congress, Ronald Lauder called for a global re-emphasis on religious schools. “This is as important as climate change and clean water projects,” he said. “We need to teach our young children tolerance toward all.”

His Holiness Aram I, Catholicos of the Great House of Cilicia was a keynote speaker at a forum in Italy, which took place from September 10 to 14, ahead of the G20 Summit of world leaders.

Saying dialogue among various religions can contribute to the establishment of peace in the Middle East, Aram I emphasized that “currently the world is facing immense polarization, and is experiencing tensions and other crisis,” emphasizing the importance of mutual understanding, dialogue and cooperation, “enshrined in moral values and human rights.”

“The three monotheistic religions—Judaism, Christianity and Islam—can play a key role together, given their common roots, traditions and values,” said Aram I, who added that the religions’ dominant presence in all walks of life in their communities, and their long history of coexistence can become a catalyst for dialogue.

“For some, perhaps, cooperation between monotheistic religions may not seem like a realistic approach, in light of the ongoing unrest in the region,” said the Catholicos. However, he stressed that “the three religions can become a platform for constructive dialogue and the formation of collective approaches to common issues.”

In conclusion, Aram I stressed that monotheistic religions can greatly contribute to justice, as well as the imperative need for peaceful and harmonious coexistence between nations, religions and cultures.

Also ISESCO Director-General Dr. Salim Bin Mohammad Al-Malik, called for restoring universal human values, which must prevail over all ideologies that still divide peoples and stressed on the need to prepare future generations, to become thinkers and creators and to be part of a culture of peace.

The three-day forum is being held under the theme (Peace Among Cultures, Understanding Between Religions), preceding the G20 Leaders Summit. It is one of the group’s most important initiatives offering a space for meeting and dialogue between stakeholders.