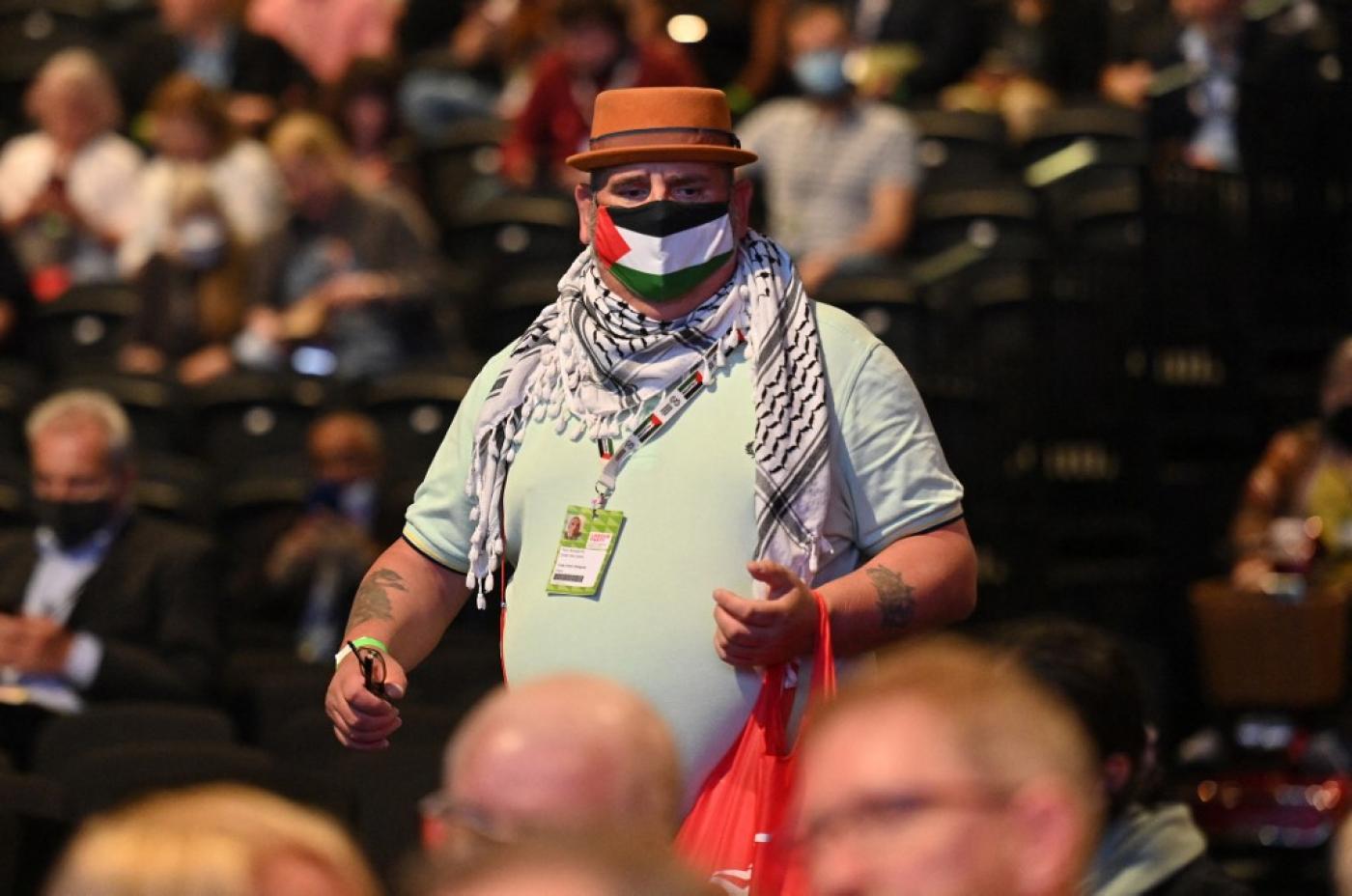 The motion, in defiance of Keir Starmer’s leadership, recognised that Israel has implemented an apartheid system and demands end to UK arms trade with Israel

Labour conference backed a motion urging the party to back sanctions against Israel for its illegal actions under international law, to stop the UK’s arms trade with Israel, and end trade with illegal settlements on occupied Palestinian territory.

The vote is an embarrassment for Starmer who has downplayed the issue of Palestine since replacing Jeremy Corbyn, a longtime supporter of Palestinian calls for an end to Israeli abuses and military occupation.

The motion supports Palestinian civil society calls for “effective measures” against the building of settlements, demands the end to the occupation of the West Bank and the blockade of Gaza, and supports the right of Palestinians to return to their homes.

The motion, brought by Labour’s youth section, was passed easily following a short debate that was cut short by the conference organisers and not broadcast live to delegates.

The vote is not binding on the Labour leadership, but indicates that the party membership still favours supporting Palestinian rights and an end to UK complicity in Israel’s occupation of Palestinian territory.