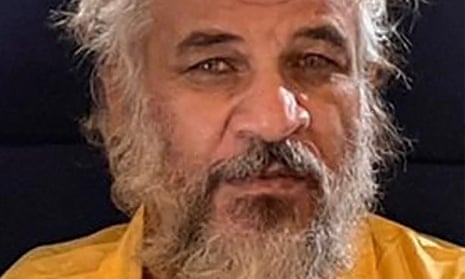 Association for Defending Victims of Terrorism – Iraq’s prime minister has claimed the country’s forces have helped to capture Islamic State’s deputy leader and financial controller in a cross-border operation and bring him to Baghdad.

Sami Jasim al-Jaburi, a veteran of IS’s rise and fall, was seized days before Iraqi parliamentary elections due on Sunday. The prime minister, Mustafa al-Kadhimi, who announced the capture, is likely to be a contender for what would be his second term as leader in horse-trading for government positions expected in the months ahead.

Despite Juburi’s seniority with IS, his recent ability to raise and transfer money or coordinate attacks abroad is unclear and is likely to have been significantly less than when the group overran much of Iraq and Syria from mid-2014 to 2017. The US had offered a $5m bounty for Juburi’s capture.

“While serving as IS deputy in southern Mosul in 2014, Jasim reportedly served as the equivalent of IS’s finance minister, supervising the group’s revenue-generating operations from illicit sales of oil, gas, antiquities and minerals,” the US state department said when Washington put a price on his head.

“We are watching them closely and we know who they are,” said Mazloum Abdi, the Kurdish general who led the fight in north-east Syria against the group. “They’re still dangerous, but it’s not like before.”

Juburi was a confidant of Abu Bakr al-Baghdadi, the group’s leader who detonated a suicide belt killing himself and his son when he was cornered in Idlib, Syria, two years ago. He had risen through the organization and was known to Abu Musab al-Zarqawi, a leader of al-Qaida in Iraq who spearheaded the jihadist insurgency from 2004 until his death in 2006.

Juburi is believed to have spent much of his time in Syria since mid-2014, though he was able to travel back to Anbar province in Iraq where IS retains a significant presence in towns and villages.