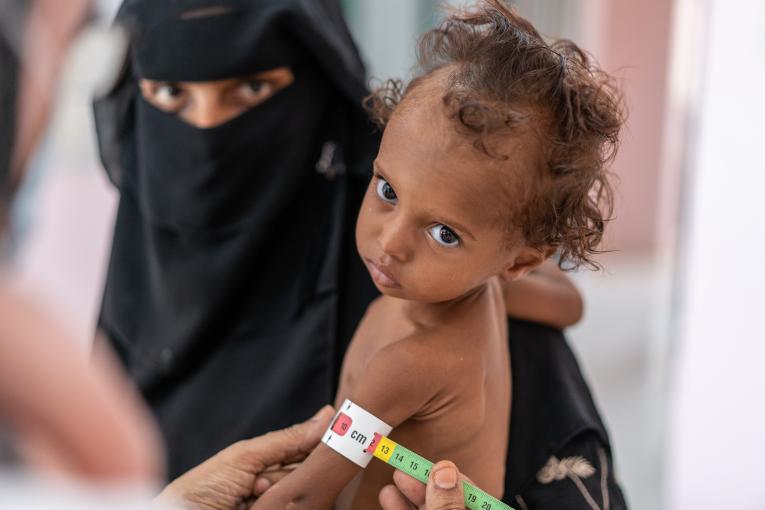 ‘Shameful milestone’ in Yemen as 10,000 children killed or maimed since fighting began

Association for Defending Victims of Terrorism – This is a summary of what was said by UNICEF spokesperson James Elder – to whom quoted text may be attributed – at today’s press briefing at the Palais des Nations in Geneva, following his recent visit to Yemen.

“The Yemen conflict has just hit another shameful milestone: 10,000 children have been killed or maimed since fighting started in March 2015. That’s the equivalent of four children every day.

“These are of course the cases the UN was able to verify. Many more child deaths and injuries go unrecorded, to all but those children’s families.

“I returned yesterday from a mission that took me to both the north and south of Yemen. I met scores of children, many inspiring; all suffering. I met pediatricians, teachers, nurses – all shared personal stories that mirror those of their country: they are on the brink of total collapse.

4 out of every 5 children need humanitarian assistance. That’s more than 11 million children;

More than two million children are out-of-school. Another four million are at risk of dropping out;

Two-thirds of teachers – more than 170,000 – have not received a regular salary for more than four years;

1.7 million children are now internally displaced because of the violence. As violence intensifies, particularly around Marib, more families are fleeing their homes;

A staggering 15 million people (more than half of whom are children – 8.5 million) do not have access to safe water, sanitation, or hygiene.

“At the current funding levels, and without an end to fighting, UNICEF cannot reach all these children. There is no other way to say this – without more international support, more children – those who bear no responsibility for this crisis – will die.