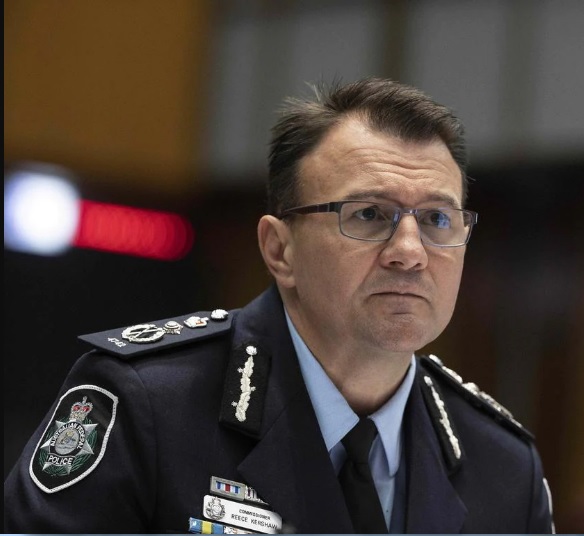 The Australian Federal Police have revealed that children as young as 13 years old have been caught planning “catastrophic” terror attacks via the internet.

“The AFP and our partners are protecting Australians from terrorism on a number of fronts, including the concerning trend of young children occupying the attention of law enforcement agencies,” he said.

“Children as young as 13 years old – not even old enough to get their learner’s’ driver’s licence – are planning and negotiating with others online to carry out catastrophic terror attacks.

“Some of these youth feel isolated or do not feel like they belong, and so they retreat to the online world, looking to connect with someone, including RMVE (Religiously Motivated Violent Extremism) and IMVE (Ideologically motivated violent extremism) individuals.”

“There have been some significant shifts, in the diversity and complexity of the environment since the pandemic started almost a year and a half ago,” he said.

“The threat of terrorism has not dissipated. In fact, the pandemic, extended lockdowns and more time spent online, has in some cases, made it easier for extremists to recruit.

“Across the world, including in Australia, we have individuals who are now pre-loaded with extremist ideology, and the end of restrictions on movement will make it harder for law enforcement.”

Mr Kershaw also cautioned Australians to be mindful of the terrorist offenders who have recently been released from jail.

According to the police chief, one terrorism offender “who was recently released almost immediately went online to access information about executions, beheadings and torture”.

Eighteen terrorist offenders are scheduled for release from prison before 2026, and 54 are due for release by 2060 according to Mr Kershaw.

The AFP has established a dedicated capability to manage the safety risk posed by the reintegration of convicted terrorists into the community.