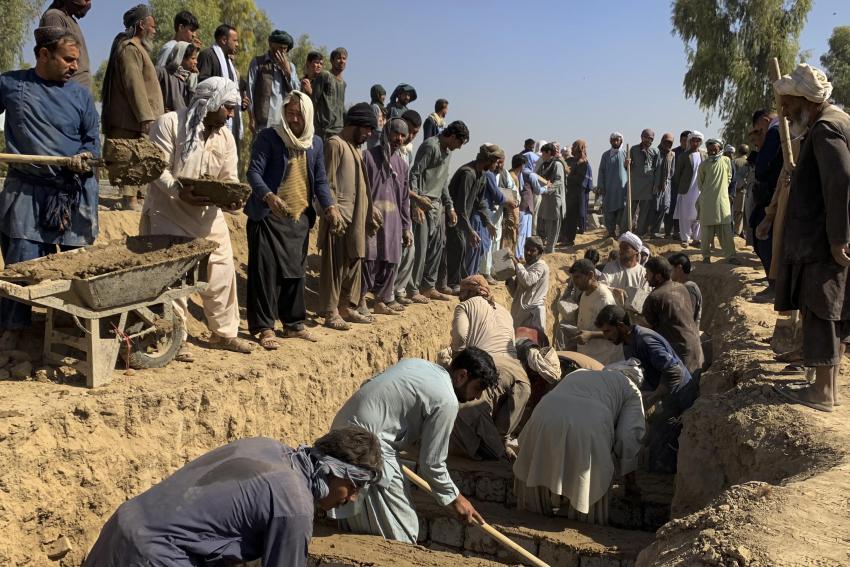 Association for Defending Victims of Terrorism – The Islamic State of Khorasan Province (ISKP), an armed group affiliated with the Islamic State (ISIS), is carrying out bombings and other targeted attacks against Afghanistan’s Shia religious minority that amount to crimes against humanity, Human Rights Watch said today. The group has also carried out other mass casualty attacks, including the August 29, 2021 suicide bombing at Kabul’s airport that killed 170 Afghans, mostly civilians.

The ISKP has claimed responsibility for many recent unlawful attacks on the Hazara Shia community, including suicide bombings that killed at least 72 people at the Sayed Abad mosque in Kunduz on October 8, and a bombing that killed at least 63 people at the Bibi Fatima mosque in Kandahar on October 15. After the Kandahar attack, ISIS issued a statement saying it would target Shia in their homes and centers “in every way, from slaughtering their necks to scattering their limbs… and the news of [ISIS’s] attacks…in the temples of the [Shia] and their gatherings is not hidden from anyone, from Baghdad to Khorasan.”

“The ISKP armed group has repeatedly carried out devastating attacks that appear designed to spread terror and inflict maximum suffering particularly on Afghanistan’s Hazara community,” said Patricia Gossman, associate Asia director at Human Rights Watch. “The numerous attacks targeting Hazaras amount to crimes against humanity, and those responsible should be brought to justice.”

The ISKP has posed a serious threat to Hazaras and other Afghan civilians since at least 2015, when the Islamist armed group began attacks on mosques, hospitals, schools, and other civilian facilities, especially in predominantly Shia neighborhoods. These attacks have killed at least 1,500 civilians and injured thousands more, mostly religious minorities.

“ISKP’s horrific attacks on civilians have not abated since the Taliban takeover of Afghanistan and appear to be increasing,” Gossman said. “The Taliban authorities need to urgently adopt measures to protect religious minority communities from attack.”