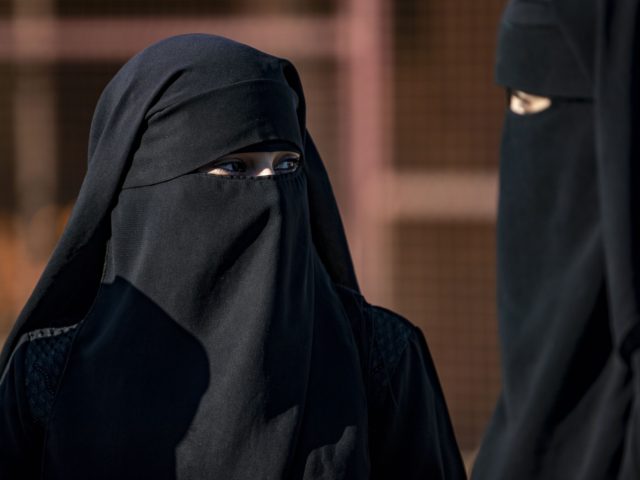 Association for Defending Victims of Terrorism – Three Islamic State women were flown back to Sweden last week with their children from Syria and arrested for war crimes, but all three have subsequently been released.

The three Islamist women were brought back to Sweden on Thursday evening and taken into custody upon arrival at Stockholm’s Arlanda airport, while their eight children were taken by Sweden’s social services.

In a press release, prosecutor Peter Larsson of the National Unit against International and Organised Crime stated that the final woman was allowed to go free as he felt she was not able to obstruct the investigation. “The suspicions remain and the investigation continues unabated,” the prosecutor claimed.

Larsson commented again on the case on Monday, saying: ” As you can imagine, this is extremely difficult to investigate.”

According to Björn Hurtig, the lawyer for one of the women, his client has pleaded not guilty to charges against her.

The women, who were previously being held at the al-Hol camp in northern Syria, are just the latest Islamic State members to return to Sweden this year.

In September, two other Islamic State women suspected of engaging in war crimes were brought back to the country and released just days later.

Interior Minister Mikael Damberg commented at the time that there were several ongoing investigations into the activities of returning Islamic State members.

“If there are reasons to suspect a crime, a preliminary investigation will be opened. It is important to say that although the Kurdish authorities have not found enough evidence to initiate legal proceedings against them, there is no statute of limitations for many of these serious crimes for which they can be suspected,” he said.

Earlier this month, both Demark and Germany also saw Islamic State women transferred from camps in Syria, with Denmark arresting all three of the returning women as soon as they arrived in the country while Germany arrested several others, including six who were issued arrest warrants by the German Federal Prosecutor General.