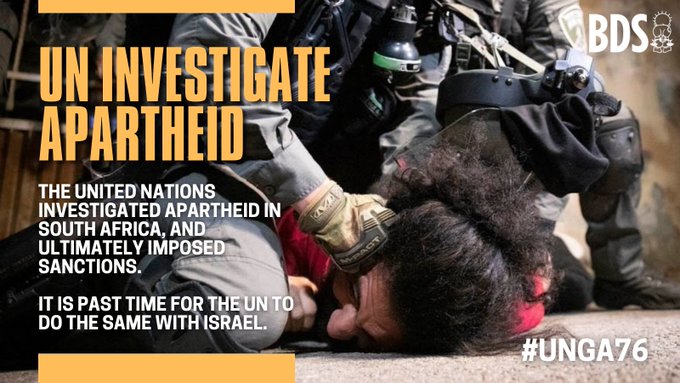 Israeli apartheid continues to this day

BDS wrote in its twitter account that, Apartheid in South Africa ended last century but Israeli apartheid continues to this day!