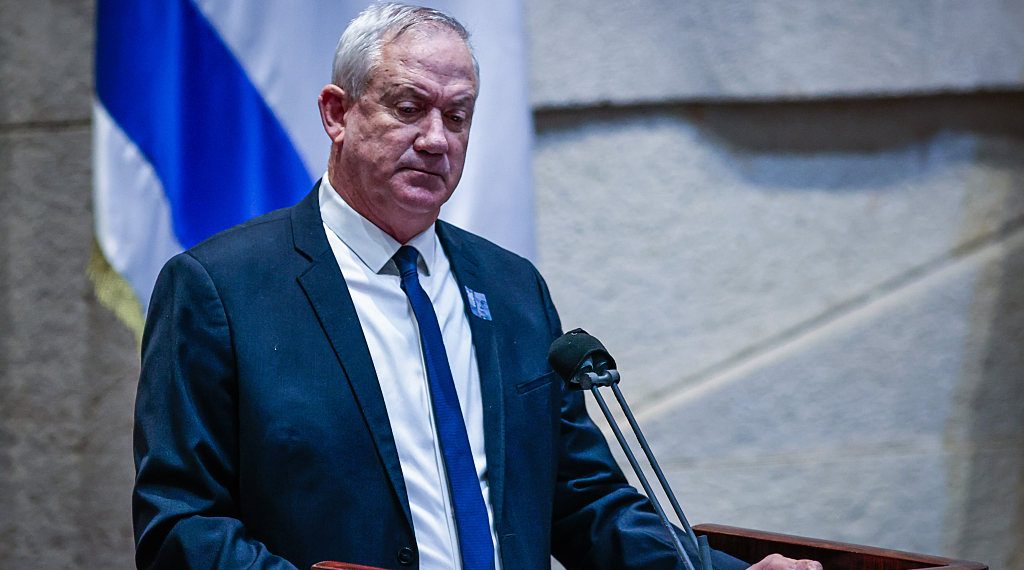 Left-wing NGO calls for US sanctions on Benny Gantz

Association for Defending Victims of Terrorism – Combatants for Peace asks US President Biden to use Magnitsky Act to sanction defense minister over his “political persecution” of Palestinian human rights groups.

A self-described “anti-occupation” Israeli-Palestinian non-governmental organization has called for US sanctions on Defense Minister Benny Gantz over his designation of six Palestinian human rights organizations as terrorist groups.

In a post to Facebook, Combatants for Peace said it was calling on US President Joe Biden to impose sanctions on Gantz, whom they accused of “political persecution” of the human rights groups, through the use of the Magnitsky Act.

Signed into law by then-US President Barack Obama in 2012, the Magnitsky Act grants the US government the authority to sanction individuals that violate human rights.

Combatants for Peace accused Gantz of deciding “to criminalize the six organizations without presenting any basis or proof, without a transparent procedure ….”

In addition, Combatants for Peace alleged that Gantz had “a personal interest in the matter: Some of the six organizations have raised personal accusations against him in the International Criminal Court in The Hague of committing war crimes during the 2014 attack on [the] Gaza [Strip].”