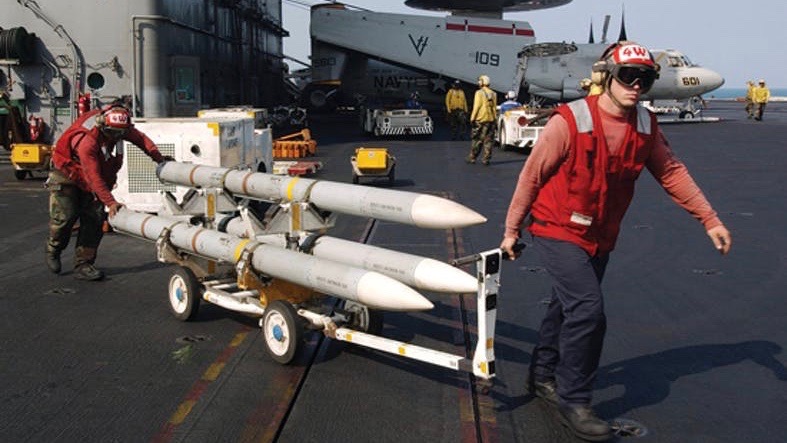 Association for Defending Victims of Terrorism – Reuters reported – The U.S. State Department approved its first major arms sale to the Kingdom of Saudi Arabia under U.S. President Joe Biden with the sale of 280 air-to-air missiles valued at up to $650 million, the Pentagon said on Thursday.

While Saudi Arabia is an important partner in the Middle East, U.S. lawmakers have criticized Riyadh for its involvement in the war in Yemen, a conflict considered one of the world’s worst humanitarian disasters. They have refused to approve many military sales for the kingdom without assurances U.S. equipment would not be used to kill civilians.

Despite approval by the State Department, the notification did not indicate that a contract has been signed or that negotiations have concluded.

Antiwar advocates are condemning the Biden administration for proposing a new $650 million missile sale to Saudi Arabia, warning the move will only trigger more death and suffering in Yemen. If approved by Congress, this would be the first major military sale to Saudi Arabia since President Biden took office and vowed the U.S. would end support for “offensive operations.” In response, CodePink tweeted, “Meanwhile, one Yemeni child continues to die every 10 minutes as a result of the humanitarian crisis caused by the Saudi-led war on Yemen.”

“This has nothing to do with making the world a better place and everything to do with fueling our defense economy,” Marianne Williamson, an author and former presidential candidate, wrote on Twitter. “America’s economy should not be built around merchandising death.”