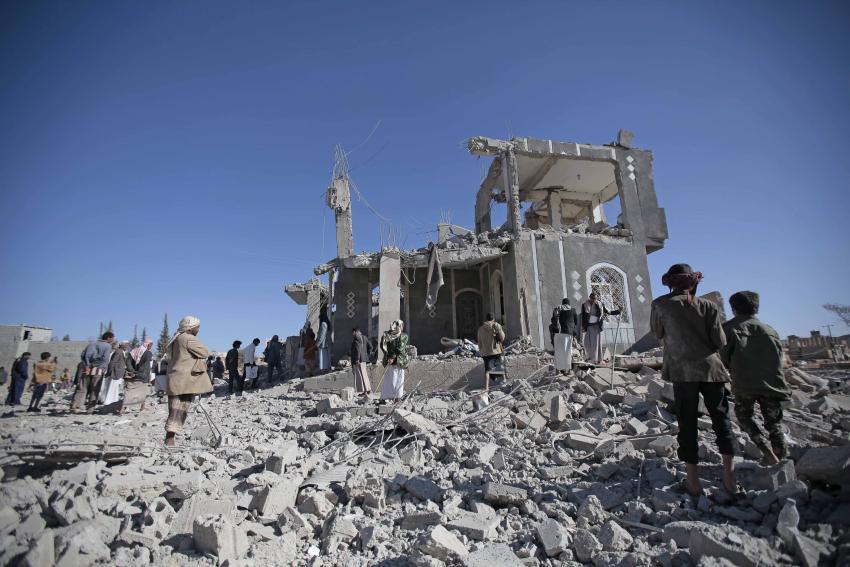 In his latest article in HRW website he wrote, Last month, the Netherlands’ ambassador to the United Nations in Geneva said the United Nations Human Rights Council (UNHRC) had “failed the people of Yemen” by rejecting the renewal of an investigation into alleged human rights abuses and war crimes there. UN member countries have a chance to reverse that failure and create something better as the conflict in Yemen continues to rage.

Last week, the Netherlands delivered a joint statement on behalf of 37 countries to the UN General Assembly voicing deep regret at the UNHRC’s failure to renew the mandate of the Group of Eminent Experts (GoEE), which since 2017 has been investigating alleged violations of international humanitarian and human rights law in Yemen.

The statement urged UN member countries to “use all opportunities within the UN-system to assess facts on the ground in an impartial manner, and work towards accountability.”

In response, some two dozen mostly Arab governments endorsed a Saudi-drafted statement welcoming the demise of the GoEE.

The UNHRC could seek to create a new Yemen accountability mechanism at its next session in March. But why wait? The General Assembly could establish a standing independent and impartial investigative body that would not only report on alleged violations to UN member countries but also gather and preserve evidence and prepare cases for possible future prosecutions.

In 2016, the General Assembly created the International, Impartial and Independent Mechanism (IIIM) for Syria in response to Russia and China using their Security Council vetoes to thwart accountability for war crimes and abuses. The IIIM’s job is to “assist in the investigation and prosecution of persons responsible for the most serious crimes.” In 2018, the UNHRC created a similar mechanism for Myanmar in the wake of the 2017 ethnic cleansing and possible genocide of Rohingya Muslims.

Since 2015, the conflict between the Saudi and UAE-led coalition and the Houthi armed group has resulted in abuses and laws of war violations that have killed and injured thousands of civilians, and sparked the world’s worst humanitarian crisis .

Some delegations fear failure. Creating the IIIM wasn’t easy but the efforts were successful. The Saudis and Emiratis will fight hard to prevent such a mechanism from seeing the light of day. But their joint statement backed by some two dozen states hardly represents an insurmountable obstacle at the General Assembly. And even if a push for a new mechanism fails, the people of Yemen will be no worse off than they are today.

We owe it to the people of Yemen to try.