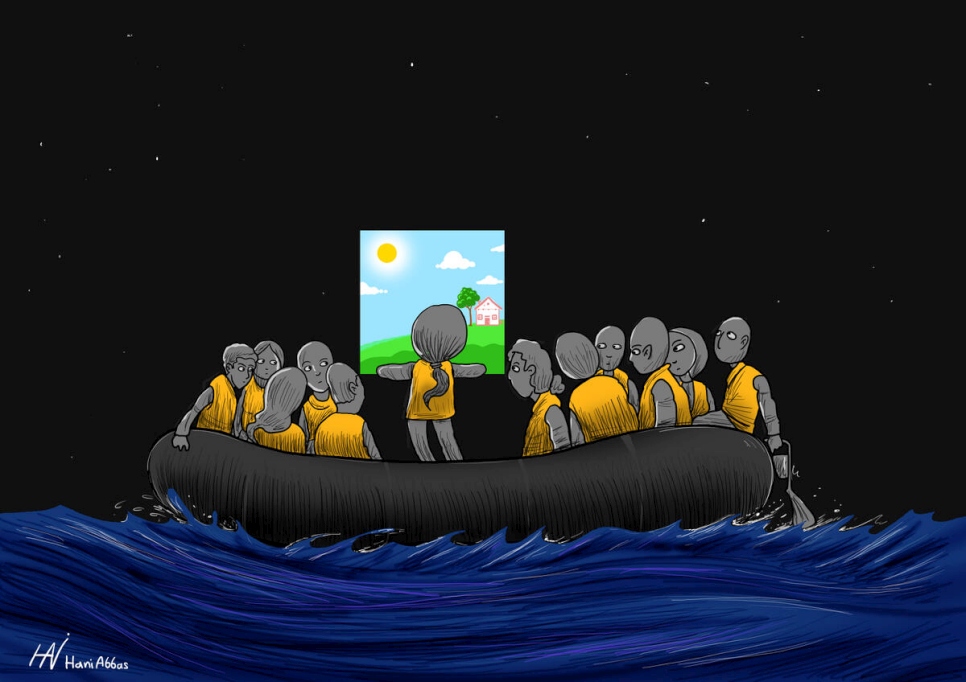 Association for Defending Victims of Terrorism – To mark the UN Refugee Agency’s 70th anniversary, award-winning cartoonist Hani Abbas has created seven images that will be sold as digital assets to raise funds for Afghanistan.

Syrian-Palestinian cartoonist Hani Abbas, 44, was born and grew up in Yarmouk, a Palestinian refugee camp in the southern suburbs of the Syrian capital Damascus. From the late 1990s his cartoons appeared in publications and exhibitions in Syria and across the Middle East, before he and his family fled the conflict in 2012 and eventually settled in Switzerland as refugees.

Since then, Abbas’s work – which tackles themes of injustice, loss, and the human cost of conflict – has featured in publications including Le Temps and La Liberté in Switzerland and France’s Le Monde. He is also a member of the Cartooning for Peace organization, a network of press cartoonists committed to promoting freedom and democracy. In 2014, Abbas received the International Editorial Cartoon Prize in Geneva.

To mark the 70th anniversary of UNHCR, the UN Refugee Agency, Abbas has teamed up with national partner association Switzerland for UNHCR to launch the agency’s first-ever NFT (non-fungible token) fundraising sale. Abbas has created seven cartoons, from which ten copies of each will be converted into unique digital assets and sold as NFTs on the OpenSea online marketplace to raise funds for UNHCR’s Afghanistan crisis response.