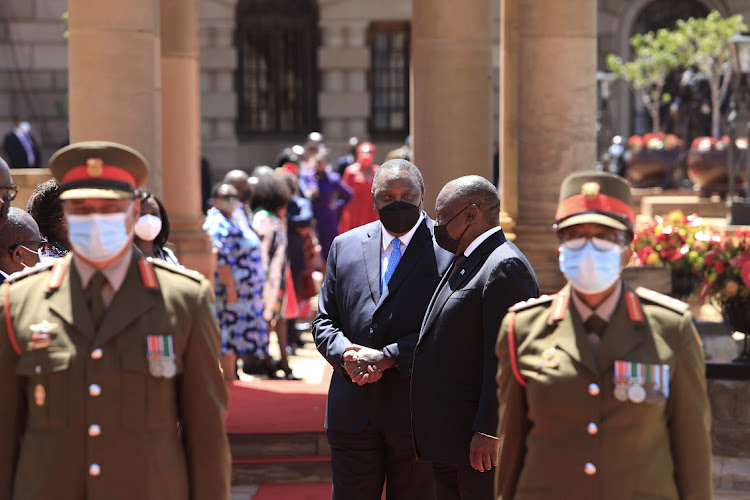 We need to deal with terrorism in a co-ordinated way

Association for Defending Victims of Terrorism – President Cyril Ramaphosa has given assurances that should SA fall prey to a terrorist attack, the country is ready.

Briefing the media together with his Kenyan counterpart President Uhuru Kenyatta on a range of issues, Ramaphosa said the best way to fight terrorism was in a co-ordinated manner.

The two statesmen were taking questions from journalists after bilateral talks.

Ramaphosa said: “A threat by insurgence should never be seen as a localised or just focusing on one country. They co-operate and all of these groupings that come in different names, they co-ordinate their activities and are in constant communication.

“We therefore need to respond in a co-ordinated manner as the continent and various regions on our continent as far as sharing information, intelligence and working together to withstand and resist and also go after them.

“There is no Mozambican, Kenyan, Ugandan or Congolese terrorist. They are all, unfortunately, young misled people who follow a wrong ideology and therefore we need to work together to be able to defeat them before they hurt us.”