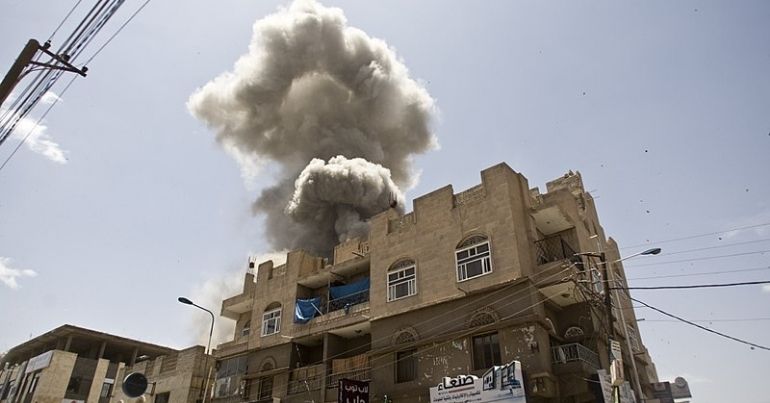 Association for Defending Victims of Terrorism – Anti-arms trade campaigners had strong words for the British government over Yemen. Campaign Against the Arms Trade (CAAT) blasted UK arms sales and cuts to aid as the UN announced deaths would hit 377,000 by the end of 2021.

But the report also says that recovery is possible within a generation if the war is stopped now. As it stands, many of the deaths are a result of disease and hunger. While others are from air raids and combat. The war has raged since 2014 and, during this time, UK ally Saudi Arabia has constantly bombed its poorer neighbour.

In a press release, CAAT’s parliamentary officer Katie Fallon said: This horrifying report is a reminder that while the war in Yemen may have fallen off the news agenda, its devastating impact on the people of Yemen is as bad as ever.

Fallon also directly criticised US President Joe Biden and the UK arms trade: Promises by President Biden to end support for the Saudi coalition’s role in the war have not been fulfilled, despite a welcome halt to a few arms sales. Meanwhile, the UK government continues to supply arms to Saudi Arabia without restraint.

Fallon called for a halt to sales of military equipment to the Saudi regime: The UK, the US and other leading powers must immediately halt the arms sales that are prolonging and exacerbating the war, press hard for an end to the Saudi blockade that is one of the main contributors to the humanitarian catastrophe, and engage in sustained and meaningful diplomatic efforts to bring the war to an end.