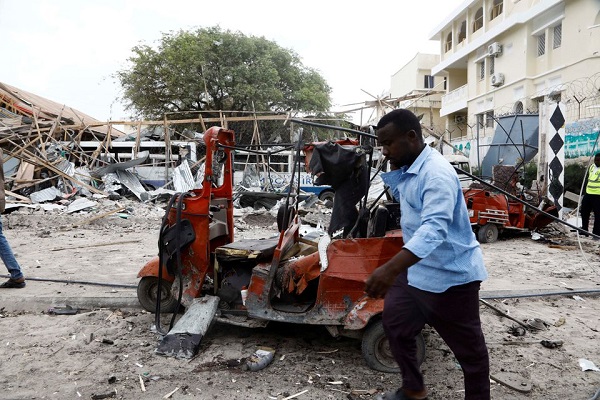 Association for Defending Victims of Terrorism – The following statement was issued today by the Spokesman for UN Secretary‑General António Guterres:

The Secretary-General strongly condemns yesterday’s deadly terrorist attack on a United Nations-affiliated convoy in front of the Mucassar School in Mogadishu, resulting in many casualties.

The Secretary-General extends his deepest condolences to the families of the victims and wishes a swift recovery to those injured.  He calls on the Somali authorities to bring those responsible to justice.

The Secretary-General expresses the full solidarity and support of the United Nations with the Government and the people of Somalia in their fight against terrorism and violent extremism.