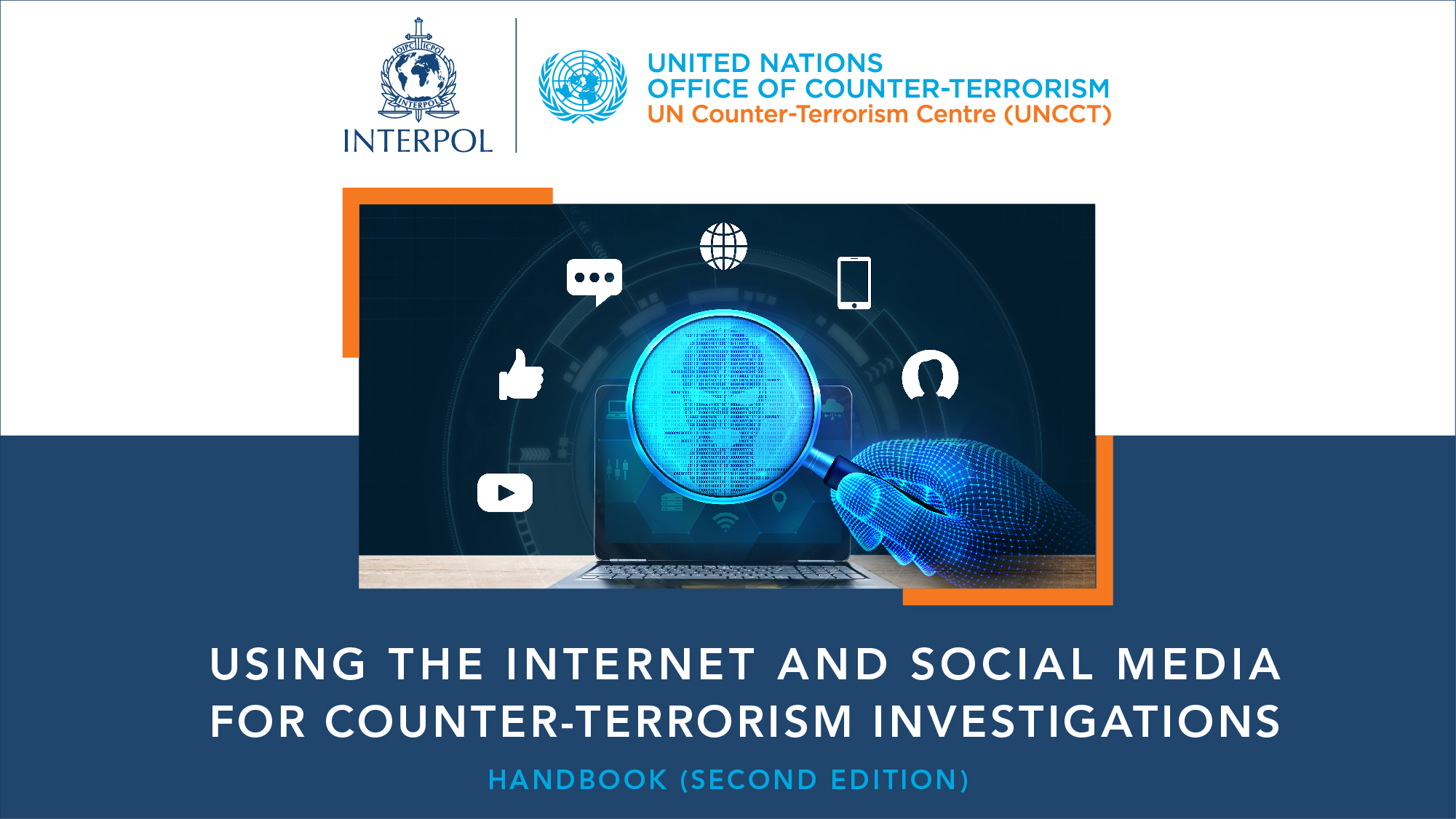 The objective of this Handbook is to support Member States’ national efforts to counter and prevent terrorism and violent extremism conducive to terrorism by sharing good practices with law enforcement officials on how to use the Internet, including social media, for counter-terrorism investigations in full respect of human rights and the rule of law.

“There should be no impunity for terrorism, offline or online, and we must ensure that the digital space becomes a global common good for humanity, and not a safe haven for terrorists and other criminals,” stated the United Nations Under-Secretary-General for Counter Terrorism and Executive Director of UNCCT, Mr. Vladimir Voronkov in his opening remarksPDF. “This handbook will assist Member States in building their online investigation capacities following principles of accountability, competency, objectivity, and legality to uphold the rule of law and human rights,” he added.

The revised edition is a joint ndeavor of UNOCT/UNCCT and INTERPOL to update law enforcement on the latest developments in the fast-evolving online space and the way terrorist and violent extremist groups misuse the internet to spread violent extremist ideologies, radicalize people and also incite, plan and finance terrorist attacks.

The Special Representative of INTERPOL for the United Nations, Mr. Odd Reidar Humlegård, said thatPDF “this Handbook is an excellent demonstration of the strong cooperation between UNOCT and INTERPOL, and our joint commitment to support member countries’ efforts to counter terrorism and violent extremism”.