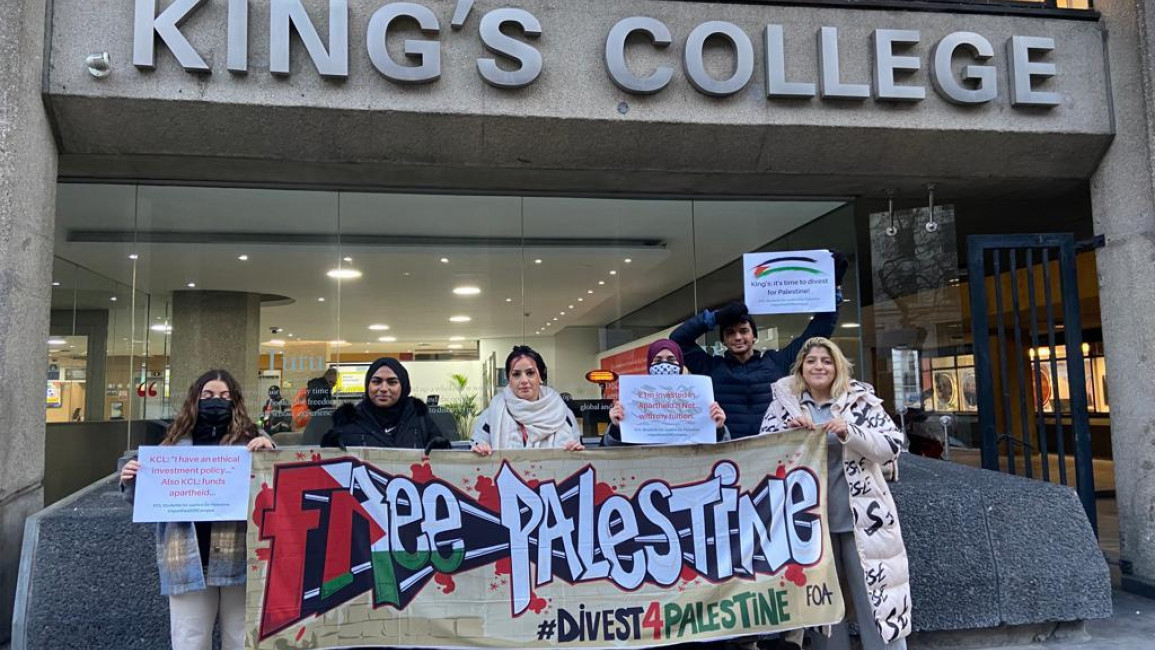 Association for Defending Victims of Terrorism – UK students demanded their universities divest from companies such as Rolls-Royce and Booking.com, linked to Israel, on the International Day of Solidarity with the Palestinian People 2021.

Students from over 30 UK universities urged higher education institutions to divest from Israeli apartheid on Monday, the International Day of Solidarity with the Palestinian People 2021.

Activists from the London School of Economics (LSE), Edinburgh University, Birkbeck, Kings College London and others demanded that universities divest from companies linked to Israel’s occupation of the Palestinian Territories.

These companies include British manufacturer Rolls-Royce, which created parts of the F-35 Joint Strike Fighters which were used in attacks on Gaza earlier this year, a campaign that resulted in hundreds of civilian deaths.

Digital travel company Booking.com, which has hotels and rental contracts in illegal Israeli settlements, according to pro-Palestine NGO Friends of Al Aqsa (FOA), was also named.

Chair of FOA Ismail Patel said: “Divestment is an important, non-violent method to pressure a company to change its ways. When a university withdraws investment, it sends a powerful message to that company that the university community does not approve of its actions. Students have a huge amount of power here to hold their institutions responsible.”