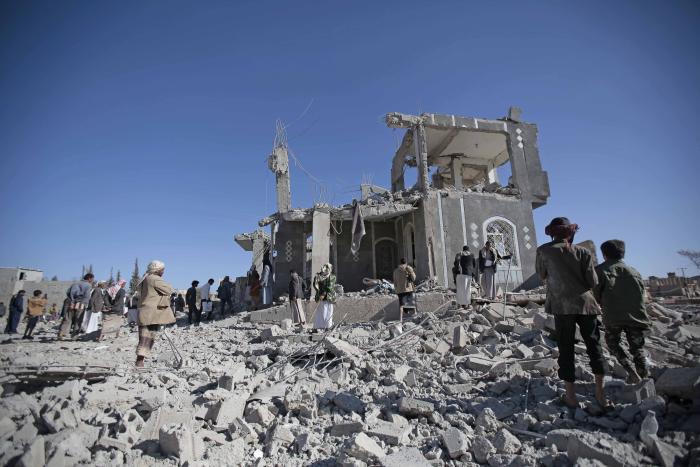 “There was a time I could have said that,” Larry Lewis, who spent a decade analyzing military operations for the U.S. government under Presidents Barack Obama and Donald Trump, told The Intercept. “But that’s not what I’m seeing of late. Civilian protection is not prioritized. We’re not the best because we’re choosing not to be the best.”

The hard sell from the Pentagon comes in the wake of a New York Times investigation of a 2019 airstrike in Baghuz, Syria, that killed up to 64 noncombatants and was obscured through a multilayered coverup. It also follows intense media coverage of an August drone strike in Kabul, Afghanistan, that the Pentagon initially insisted was a “righteous strike” before admitting that it killed 10 civilians, seven of them children.

Revelations about these attacks have raised calls for increased scrutiny of U.S. military strikes. On Tuesday, the Yemen-based group Mwatana for Human Rights and the Columbia Law School Human Rights Clinic asked Secretary of Defense Lloyd Austin to open new investigations of past U.S. attacks in Yemen, apologize for the deaths of civilians whom the U.S. has already acknowledged killing, and provide compensation to their families.

“The Department of Defense should do more to show it takes the prospect of accountability for civilian deaths and injuries with the seriousness it deserves,” wrote Radhya Al-Mutawakel, the chair of Mwatana, and Priyanka Motaparthy of Columbia in a letter sent to Austin and shared exclusively with The Intercept. “The recent New York Times report on civilian deaths in Baghuz, Syria indicates serious gaps in how the Department has ensured accountability. These events have raised serious concerns that there may be significant shortcomings in how the military responded to reports of civilian harm from Yemen, as well.”

A REPORT BY Mwatana released earlier this year examined 12 U.S. attacks in Yemen, 10 of them so-called counterterrorism airstrikes, between January 2017 and January 2019. The authors found that at least 38 Yemeni civilians — 19 men, six women, and 13 children — were killed and seven others injured in the attacks.

In their letter to Austin, Al-Mutawakel and Motaparthy pointed out that investigations by news outlets disproved initial reports that the August strike in Kabul killed only an Islamic State target. “Only after a subsequent review of these detailed facts from the ground did the Department of Defense acknowledge its error,” they wrote. “Similarly, we believe there is a need to open new investigations into the civilian harm reports we provided, based on Mwatana’s detailed investigations in Yemen.”

“The U.S. military continues to refuse to conduct investigations of civilian harm where it can, and it never talks to victims and witnesses.”