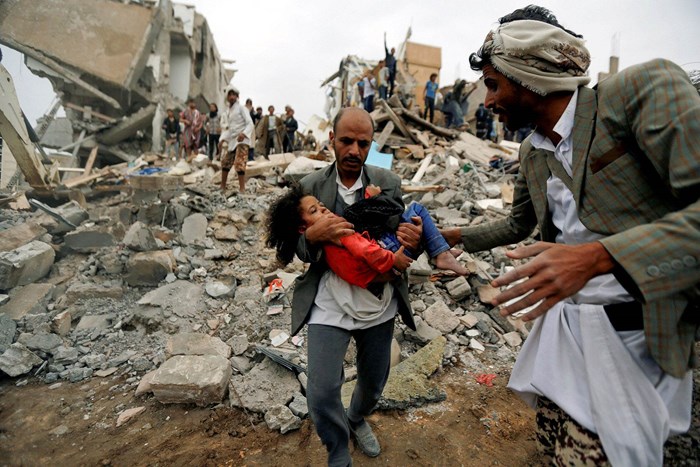 Association for Defending Victims of Terrorism – AFP reported, victims of the Yemen war filed a complaint Friday in France, especially on charges of financing terrorism, against the crown princes of Saudi Arabia and the UAE, accusing the two countries of establishing an “alliance” with al-Qaeda, their lawyer said.

“Our best allies and customers of arms in the region are allied with our worst enemies who orchestrated the Charlie Hebdo attacks” in Paris in January 2015, said attorney Joseph Briham, who filed a complaint with his collaborator Julie Baleno as the civil party in Paris.

This complaint was submitted, in particular, on behalf of the Yemeni NGO “The Legal Center for Rights and Development” which is considered close to the Houthi rebels and is based in Sana’a.

The authorities did not respond to questions from Agence France-Presse at this stage, as well as the Emirates.

The complaint stated that “many observers emphasized the de facto alliance with Al-Qaeda in the Arabian Peninsula against Ansar Allah forces (Houthis), especially through financial support and equipment, as well as operational cooperation.”

According to the plaintiffs, the coalition may have paid, especially through the “First Abu Dhabi Bank” money to the terrorist organization “in return for its withdrawal from the cities it controlled,” and it may be the support of Abu al-Abbas, a member of the Organization of the Arabian Peninsula, “listed as a terrorist by the US Treasury since 2017. “.

Briham says that the French judiciary is authorized to prosecute the Saudi crown prince and the crown prince of the Emirates, especially because the Frenchman, Peter Sharif, who is close to the perpetrators of the assassination of Charlie Hebdo journalists and an “active member” of Al-Qaeda in the Arabian Peninsula in Yemen between 2011 and 2018, “certainly participated in Forming a gang of terrorist criminals.

Civil rights complaints almost automatically allow for the appointment of an investigative judge to carry out his investigations. The procedures could collide with the immunity of political leaders targeted by the complaint.