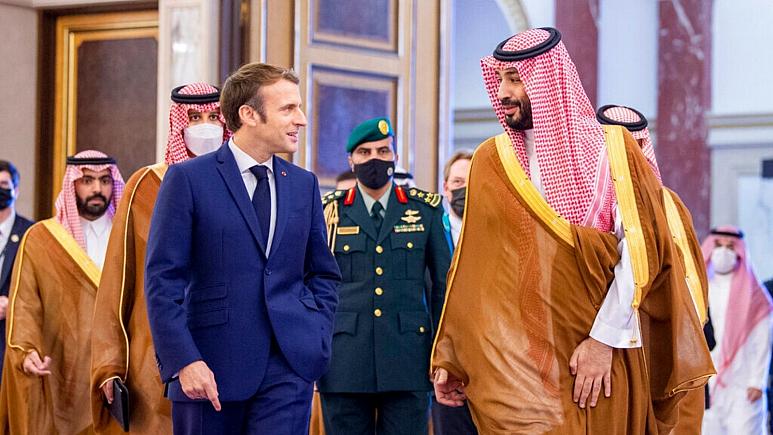 Association for Defending Victims of Terrorism – FRANCE announced today it had secured a €16 billion (£13.6bn) “mega-contract” to sell 80 Rafale warplanes to the United Arab Emirates (UAE).

The Defence Ministry said the deal was France’s largest ever weapons contract for export, and it marks a political win for President Emmanuel Macron following fallout from Australia’s decision to renege on a contract to buy French submarines.

Elvire Fondacci, wrote in an article in HRW that, France is promoting these sales even though the UAE has played a prominent role in the Saudi and UAE-led coalition’s atrocity-ridden military operations in Yemen. The UAE also took part in the latest conflict in Libya, which ended in June 2020, where UAE forces killed civilians in unlawful air and drone strikes, while also supplying abusive local forces with weapons and ammunition. Yet, the UAE ranks as France’s 5th largest arms customer between 2011 and 2020.

Macron’s will next go to Saudi Arabia, the largest buyer of French weapons in 2020. France has stubbornly continued arms exports to Saudi Arabia in defiance of UN experts who have called on France and others to halt exports to the coalition as they could be used to commit unlawful attacks or even war crimes.

France’s support for the UAE and Saudi Arabia is even more objectionable as their leaders have failed to improve their countries’ disastrous human rights records domestically, although their public relations efforts to present themselves as progressive and tolerant internationally is in full swing. While there is little hope that Macron will condition France’s support on concrete progress in this area, he should at the very least publicly call for the UAE to release Ahmed Mansoor and other dissidents. Likewise, in Saudi Arabia, he should address the atrocious 2018 murder of Jamal Khashoggi. Remaining silent on these matters would be tantamount to turning a blind eye to serious human rights violations.

France’s arms sales to and protection of dubious military partnerships in the name of counterterrorism and at the cost of human rights will remain a stain on Macron’s diplomatic record.