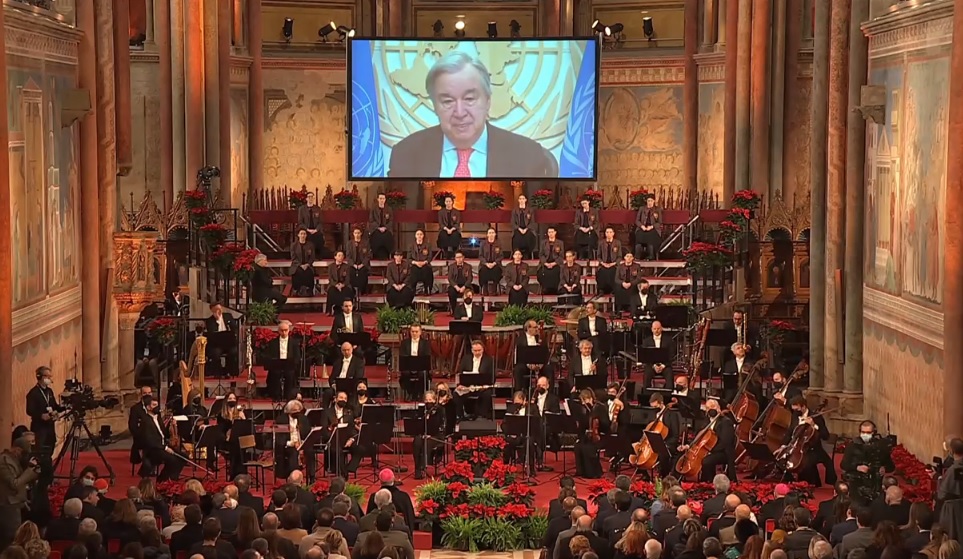 Peace remains our guiding star and most precious goal

Association for Defending Victims of Terrorism – Secretary-General António Guterres received the Lamp of Peace award, a major honour from the Catholic Church, which he said recognizes the work of UN personnel “striving for peace around the world”.

Reminding that after the horrors of World War in the 20th Century, “the UN was created in the name of peace”, he affirmed that “we are united here today in our pursuit of peace”.

The Franciscan Lamp of Peace is a replica of a glass oil lamp that glows at the monastic grave of Saint Francis of Assisi, who, throughout his lifetime, inspired environmental ethics.

“As a person of faith with a deep appreciation and respect for the mission of St Francis, this award and ceremony are especially meaningful”, said the UN chief.