Home Article sanctions will kill more people than the Taliban 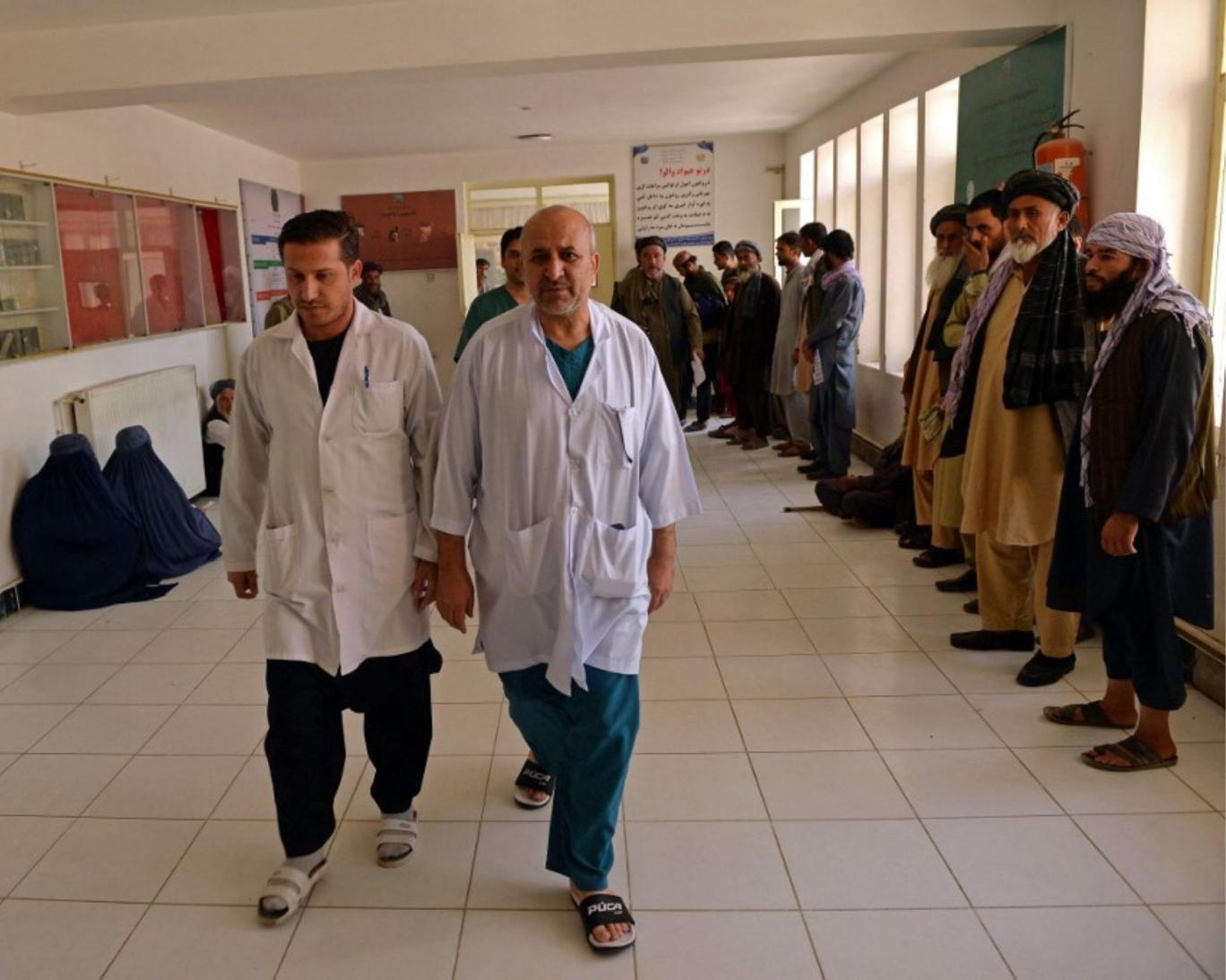 Association for Defending Victims of Terrorism – Paul Spiegel, the director of the Center for Humanitarian Health at Johns Hopkins Bloomberg School of Public Health wrote an article in Wasgington Post about the role of sanction in killing civilians.

He said, There are more epidemics in Afghanistan than fully functional covid-19 hospitals. Like almost every other place in the world, Afghans have been battling covid-19, but they also must cope with epidemics of measles, polio, dengue, malaria and cholera while their health-care system is on the verge of collapse.

After spending five weeks in Afghanistan working as a consultant for the World Health Organization on an emergency surge team, I can clearly state that if the United States and other Western governments do not change their Afghanistan sanction policies, more Afghans will die from sanctions than at the hands of the Taliban.

For 20 years, the United States and its allies knowingly and willingly propped up successive and extraordinarily corrupt Afghan governments. It’s not just me saying it: You can read the U.S. Special Inspector General for Afghanistan Reconstruction reports to see the obscene corruption that was occurring in all sectors.

Pre-Taliban, the health sector was reliant on the foreign aid that supported 80 percent of all Afghan government expenditures. Core health services, such as primary health-care facilities and district hospitals, have depended for many years on nongovernmental organizations (NGOs) funded by the World Bank and many governments, particularly the U.S. government, under a program called Sehatmandi.

When the Taliban took over Kabul on Aug. 15, Western governments froze all existing assets of the “de facto authorities,” which is the name we are supposed to call the current government in Afghanistan, and stopped all outstanding and future payments to all government programs, including health facilities and schools. The country is in an economic free fall. The health system came to an abrupt halt.

Some basic health services have thankfully begun to function again under the management of the WHO and UNICEF, after many months in which health-care workers didn’t receive their salaries and health facilities didn’t have basic medicines. While Sehatmandi is the core of primary and some secondary health care in Afghanistan, it is part of a much wider system that includes government-run provincial and regional hospitals, including covid-19 hospitals, as well as hospitals in Kabul.

Currently, none of these hospitals can receive any funds from the U.S. government and other bilateral or multilateral donors, directly or indirectly through U.N. agencies or NGOs. Neither can the Ministry of Public Health, which is necessary for the health system to function. The freeze, coming swiftly after the past government’s collapse, has crippled just about everything. More than one-third of the Afghan economy came directly from development aid.

The health surveillance system is functioning poorly, and the workers who are supposed to investigate outbreaks and take samples to the labs haven’t been paid since April. The surveillance workers I met were still admirably coming to work, with the hope that they would eventually get paid, and some were even paying for their own gas to transport samples to the labs.

It is difficult to understand the epidemiology of the covid-19 pandemic in Afghanistan. There are only several thousand samples collected and analyzed each week out of a population of 40 million. Most of the 39 covid-19 hospitals are closed or barely functioning. They lack basic medications, oxygen and electricity to run ventilators.

I visited the Infectious Disease Hospital in Kabul. They don’t have enough money to buy food for the patients or gas to heat the hospital. They have resorted to cutting down trees in the courtyard and burning them for heat. And winter hasn’t even truly begun yet in Kabul.

The United States and other world powers that occupied and supported successive corrupt governments in Afghanistan have a moral responsibility to support the Afghan people. Existing sanctions must be modified to ensure that all health services are available to all Afghans. Providing funds to government-run hospitals to save lives does not equate supporting the Taliban.

Funds under Sehatmandi were recently provided to U.N. agencies that then gave the funds to NGOs to manage health services on behalf of the Afghan government. However, funding beyond Sehatmandi to government-run hospitals and to the Ministry of Public Health have stopped under the sanctions. It is dangerous and cruel to stop this funding, and the people harmed are the ones most in need of assistance. The health ministry is hemorrhaging professionals who haven’t received their salaries for more than six months; at this point, it will take a generation to rebuild a competent agency.

The international community must continue to put pressure on the Taliban to have an inclusive government that respects the human rights of women and minorities. This can still be achieved while ensuring that existing sanctions and the numerous restrictions on humanitarian funding are immediately changed to save the lives of the same Afghans whose rights we are trying to protect.

HRW report on Yemen situation in 2021

HRW report on Afghanistan in 2021

US Supreme Court refuses to hear appeal of ISIS bride