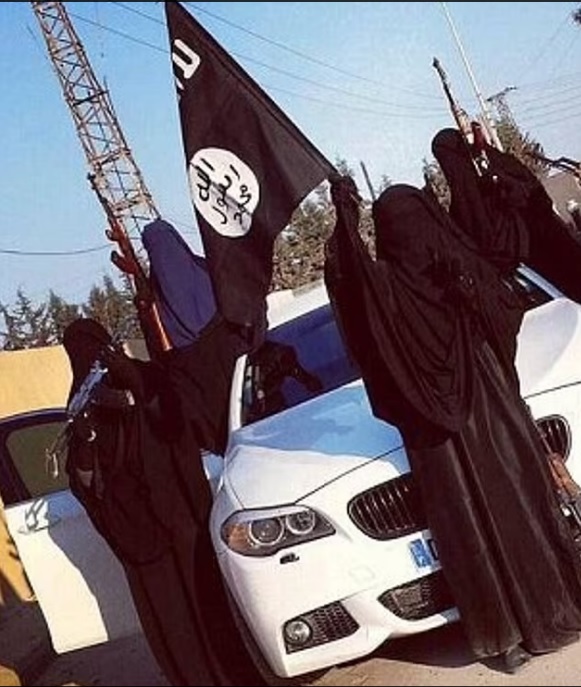 US Supreme Court refuses to hear appeal of ISIS bride

Association for Defending Victims of Terrorism – Supreme Court refuses to hear appeal of ‘remorseful’ ISIS bride who traveled from Alabama to Syria where she married THREE jihadis, had a child, and called for Memorial Day terror attacks – before begging to return to US

Hoda Muthana, 25, who left the US to join ISIS in Syria in 2014, has been legally fighting to return to her to the US — her country of birth

However, the US Supreme Court has now refused to hear an appeal she filed for to return to her family’s home in Alabama with her toddler son

While she was overseas, the Obama administration determined she was not a U.S. citizen and revoked her passport, citing her father’s diplomatic status

The Supreme Court argued that children of diplomats aren’t entitled to birthright citizenship, and Muthana’s parents were diplomats from Yemen

The family’s lawyers appealed, stating that her father’s diplomat status to the U.N. had ended before her birth, making her automatically a citizen

Supreme Court justices have refused to hear the appeal of a US-born ISIS bride who was stripped of her passport after traveling to Syria, marrying three jihadis and calling for Memorial Day terror attacks.

The justices declined without comment on Monday to consider the appeal of Hoda Muthana, 27, who was born in New Jersey in October 1994 to a diplomat from Yemen and grew up in Alabama near Birmingham. She claims to be remorseful, and has begged to be allowed back into the US.

Muthana left the U.S. to join the Islamic State in 2014, apparently after becoming radicalized online.