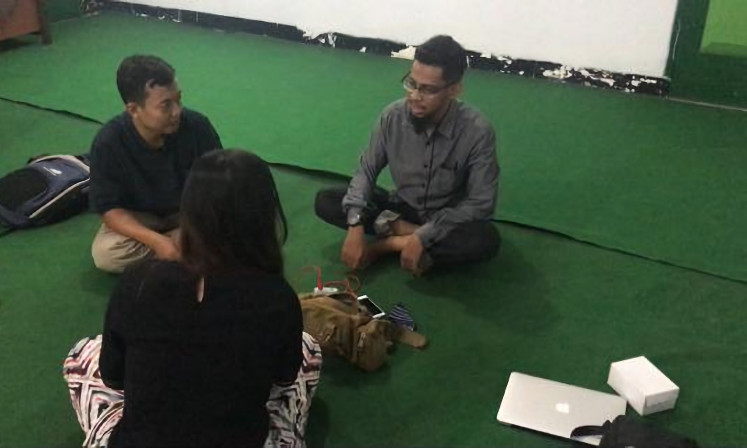 A better way: How rehabilitated terrorists are helping counter extremism

Association for Defending Victims of Terrorism – Some rehabilitated terror convicts are helping guiding people susceptible to extremist views away from such ideologies, in Indonesia.

Reformed terror convicts are deploying their knowledge and personal stories to assist in eradicalization programs. It is never easy, but some rehabilitated terrorism convicts have been trying their best to share their experience and perspectives with people susceptible to extremism so that they can avoid making similar mistakes.

The reformed radicals speak to everyone from followers of extremist clerics to terrorism convicts who still believe in their cause and are waiting to launch another attack.

Saifuddin Umar, widely known as Abu Fida, knows this firsthand. His involvement with the regional terror group Jemaah Islamiyah (JI) led him to harbor fugitive Malaysian terrorists Dr. Azhari and Noordin M. Top in the early 2000s. Special Detachment (Densus) 88, a police antiterrorism squad, arrested him in 2004, although he was quickly released.

Ten years later, he was arrested again and brought to court for his past criminal activity. He spent three years in jail and was released in 2017. Since then, he has turned his life around. He is now a public speaker who helps counter extremist ideas and mitigate terrorist threats.

National Counterterrorism Agency (BNPT) director of prevention Ahmad Nurwahid acknowledged the importance of including former inmates in prevention and deradicalization programs. “There’s a saying that ‘only radicals or former radicals understand what goes on in the mind of a radical,’” Ahmad said, adding that the participation of former prisoners in deradicalization programs could help overcome inmates’ reluctance to participate. “People who were once radicalized are better able to explain to terror convicts the situation they have experienced. Since the rehabilitated terrorists were once radicalized, the prisoners won’t be reluctant [to speak with them],” he said.