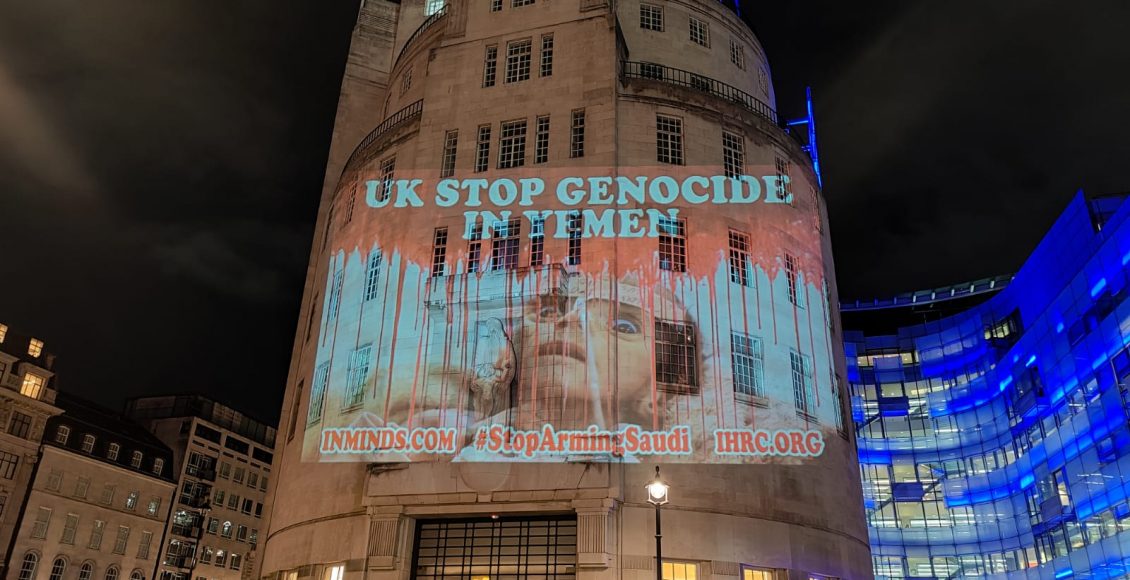 They showed statistics on the BBC TV building by using laser Technique, to project the names and photographs of Yemeni children martyred during the US-Saudi aggression.

Activists called for the lifting of the US-Saudi blockade imposed seven years ago on Yemen.

The event came in conjunction with mass rallies and protests held in different cities of the world, condemning the recent escalation of Saudi-led coalition and its crimes and massacres against Yemeni civilians.

In past few weeks, over one hundred Yemeni civilian were killed and many others wounded in airstrikes launched by the Saudi-Emirati coalition in Saada, Sanaa and Hodeidah provinces.