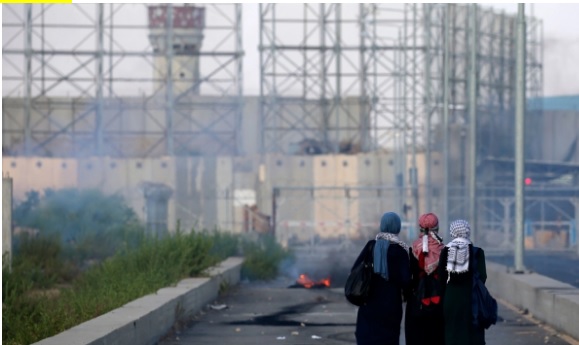 Association for Defending Victims of Terrorism Patrick Corrigan of Amnesty International wrote in a letter that, I strongly recommend reading of the 280-page Amnesty report. It was developed through four years of rigorous and extensive research on laws, policies and practices, where we have documented in detail how Israeli authorities treat Palestinians as an inferior racial group and systematically deprive them of their rights.

It documents how massive seizures of Palestinian land and property, unlawful killings, the forcible transfer of Palestinian people from their land, drastic restrictions on movement, and the denial of nationality and citizenship to Palestinians are all components of a system amounting to apartheid.

Apartheid is defined under international law. No two systems of oppression and domination will ever be identical, and the treatment does not need to be identical to that experienced historically in South Africa. Indeed, Amnesty has previously found that the Myanmar government subjects the Rohingya people to a system of apartheid.

We conclude that this apartheid system is enforced against all Palestinians living under the effective control of Israel – whether in Israel, the Occupied Palestinian Territories, or in other countries as refugees.