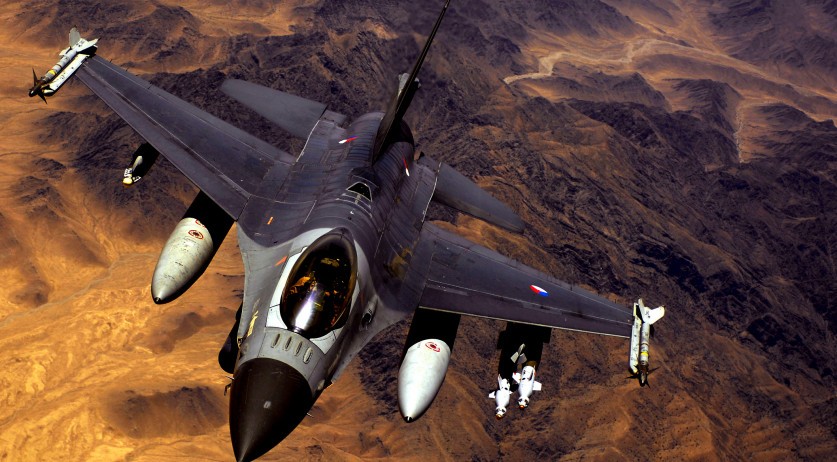 Association for Defending Victims of Terrorism – Eleven Iraqis filed a lawsuit against the Dutch State for the damage they suffered when Dutch F-16s bombarded a car bomb factory in Hawija in 2015. They lost 11 family members, including nine children. Several lost their homes, and some victims are still struggling with chronic pain, their lawyer Liesbeth Zegveld said to NOS.

According to the Dutch Ministry of Defense, the bombardment of the ISIS car bomb factory went wrong because there was much more ammunition stored there than expected. The ammunition exploded, killing at least 70 civilians and damaging or destroying hundreds of homes in the surrounding residential area.

Ank Bijleveld, Minister of Defense when this bombardment with civilian casualties was revealed, told parliament multiple times that there were no indications in advance that civilian deaths could occur. Based on experience with four previous air raids on bomb factories, the Ministry believed there was no significant risk of damage to the surrounding residential area, she said. According to Bijleveld, it was impossible to foresee that the bomb factory contained such an immense amount of ammunition. The Ministry of Defense believes it did nothing wrong with the procedure and execution of the attack.

Two years ago, NOS and NRC revealed that American soldiers had calculated exactly what the damage would be from a bomb strike, but not what would happen if the bomb factory exploded. The American soldier responsible for the calculation said afterward that there was no information about “the amount and type of ammunition in the factory.” Therefore, it was impossible to calculate possible damage and hence “not reasonable to assume that there would be no collateral damage.”