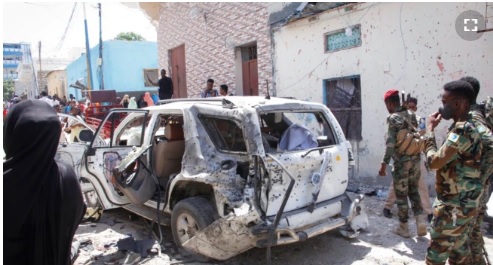 Association for Defending Victims of Terrorism – Somalia’s al-Shabab militant group has an annual budget of $24 million to spend on purchasing weapons, a new report finds.

The report by a Mogadishu-based research group, the Hiraal Institute, said the group uses various methods to procure weapons, including direct purchases from local black markets, and from arms traders contracted to buy and deliv­er weapons from abroad, mainly Yemen.

Hiraal said the acquisition of firearms, ammunition, explosives and other lethal capacity weapons remains a priority for al-Shabab, with nearly a quarter of its budget going to such transactions.

“Out of an annually planned expenditure of approxi­mately USD 100 million, al-Shabab’s annual planned ex­penditure on arms procurement is assessed to be USD 24 million, budgeted monthly at USD 2 million,” the report said.

Samira Gaid, the executive director of Hiraal Institute, told VOA Somali that during research they had access to al-Shabab’s annual budget documentation. They have also interviewed former al-Shabab members, clan leaders, business owners, government officials and other sources who have knowledge of how the group functions.

“Just like the FGS [Federal Government of Somalia], the biggest chunk of its resources is currently being spent on security-related expenses; these, of course, include wages and operational costs,” Gaid said. “The group also manufactures certain types of ammunition and explosives, and a certain amount of its budget goes towards that.”