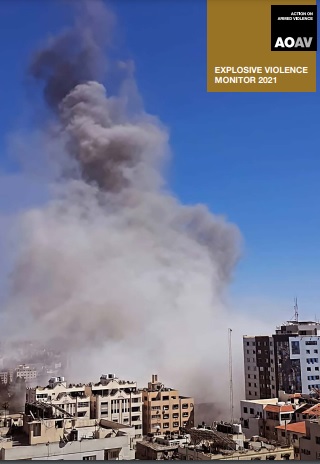 Association for Defending Victims of Terrorism – AOAV reported that, civilians continued to suffer disproportionately from the impacts of explosive weapons in 2021.

This is AOAV’s eleventh annual report on harm from explosive weapons looking at global impact of explosive violence in 2021.

In 2021, AOAV recorded 19,473 deaths and injuries as a result of the use of explosive weapons around the world. Civilians continued to suffer disproportionately, accounting for 59% of total casualties, with 11,102 civilian deaths and injuries.

Such findings reflect the consistent pattern of harm AOAV has monitored over the decade. Between 2011 and 2020, AOAV found that when explosive weapons were used in populated areas, on average nine in every ten deaths and injuries caused were civilians.