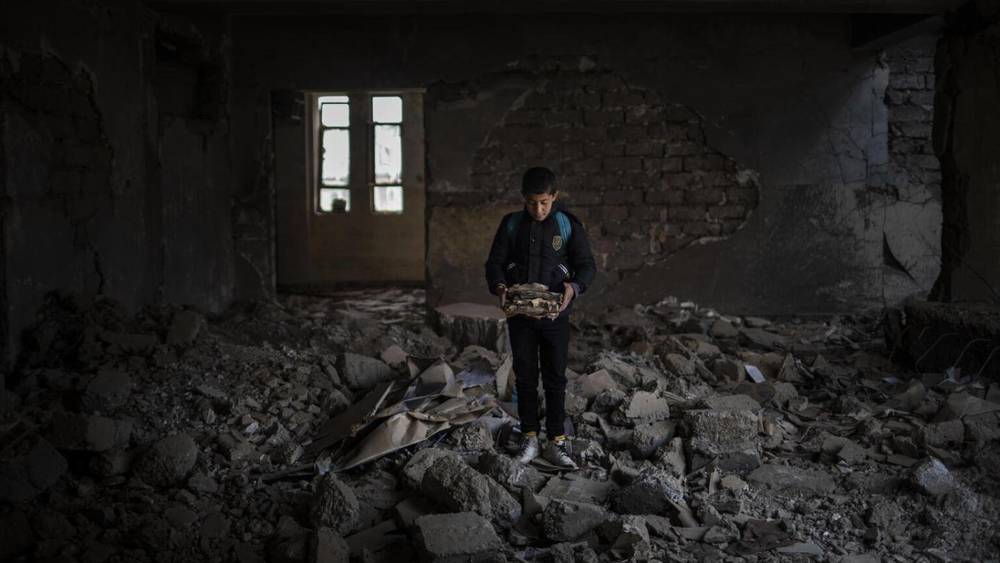 Association for Defending Victims of Terrorism – At least 519 children have been killed or injured by landmines and unexploded ordnance in Iraq in the past five years, UN agencies have warned.

“More than 80 percent of children affected are boys,” the rights groups UNICEF, the world body’s children’s agency, and the United Nations Mine Action Service (UNMAS) said in a joint statement on Monday night.

They added that boys were “disproportionately impacted due to incidents of child labour, such as grazing animals or collecting scrap metal to sell”.

The statement said although Iraq has not “suffered from open conflicts” over past years, “the effects of explosive weapons will reverberate for years to come”.

A report by the charity Humanity & Inclusion said: “Iraq is considered one of the countries most contaminated by explosive devices in the world,” with more than 3,225 square kilometres (1,245 square miles) of land contaminated with unexploded ordnance.