Home News The main suspect in the Paris attacks: I apologize to all the victims 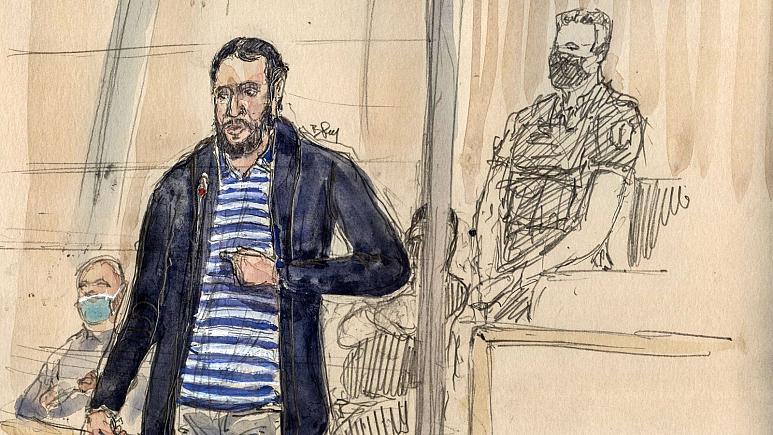 The main suspect in the Paris attacks: I apologize to all the victims

Association for Defending Victims of Terrorism – With a few tears at the end of his last interrogation before the Special Criminal Court in Paris, the main suspect in the 2015 Paris attacks, Salah Abdul Salam“Apologize” to the victims.

Today, Friday, with tears on his cheeks, Abdul Salam added, “I want to offer my condolences and apologies to all the victims.”

He also continued, saying, “I know that hatred remains. I ask you today to hate me in moderation,” according to what was reported by “Agence France Presse.”

On Wednesday evening, Abdel Salam’s last interrogation session began, and ended on Friday afternoon with questions from the defense authority.

The main accused asserted throughout the three days that he should have blown himself up in a bar in the 18th arrondissement of Paris, but he “abandoned the idea” upon seeing young people who looked like him and had fun.

In addition, one of his lawyers, Olivia Ronan, asked him, “Do you regret that you did not have the courage to complete the plan?” “I don’t regret it, I didn’t kill these people and I didn’t kill myself,” Abdus Salam replied.

Likewise, he added, in a trembling voice, before offering his apology, “I want to say today that the story of November 13th was written with the blood of victims. It is their story and I am part of it. They are related to me and I am related to them.”

He also asked the three defendants who were tried for helping him escape after the attacks to “forgive him”, and said, “I did not want to drag them into this matter.” Immediately, one of them with tears in his eyes walked out of the hall.

“I know this won’t cure you. But if I can do anything good for one of the victims, it will be a victory for me,” Abdel Salam concluded.

In September of last year, Abd al-Salam admitted to attacking France and targeting civilians, at the opening of his court session. He said at the time, in a calm tone, that the attacks came in response to the “French bombing of ISIS.”

It is noteworthy that Salah remained hidden from the police for months before he appeared on March 15, 2016, while a French-Belgian joint security patrol was raiding an abandoned building in the Forrest suburb, southwest of the capital, Brussels, where it was met with heavy gunfire that wounded some of its members.