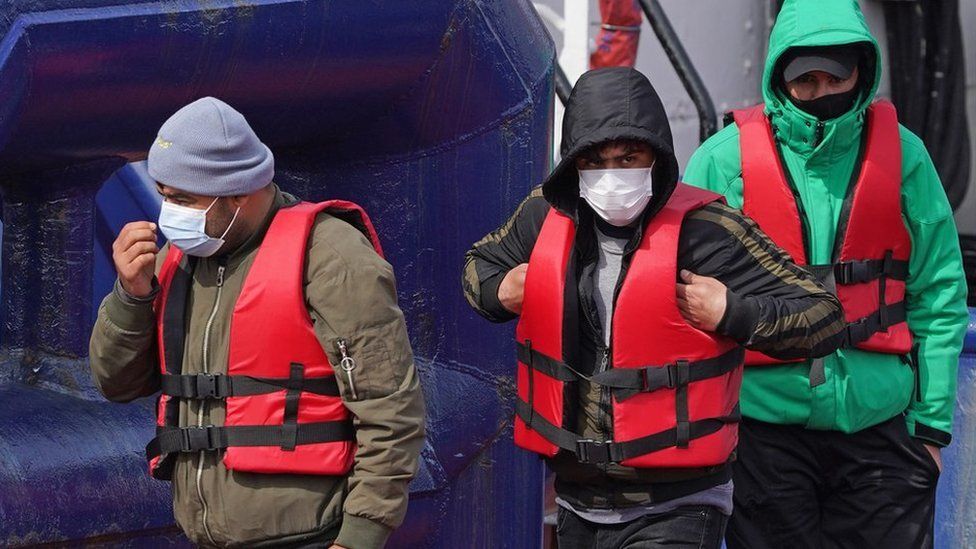 Association for Defending Victims of Terrorism – The British government is facing strong backlash from opposition parties and human rights groups after announcing plans earlier this month to send asylum-seekers to Rwanda for processing, in a bid to deter migrants from crossing the English Channel in small boats.

The British government says the prospect of being sent to Rwanda will deter migrants from embarking on the treacherous journey.

The policy has prompted a furious response in Britain and elsewhere. Archbishop of Canterbury Justin Welby — the most senior cleric in the Anglican Church — criticized the policy in his Easter sermon. “Subcontracting out our responsibilities, even to a country that seeks to do well, like Rwanda, is the opposite of the nature of God,” Welby said.

Migrant support groups say Britain should not be outsourcing refugee processing to Rwanda, a country where London itself has flagged human rights concerns.

“We think it’s inhumane, it’s going to be very expensive, and it won’t be effective,” James Wilson, deputy director of the group Detention Action, told VOA. “The U.K. is a signatory to the refugee convention. We have a legal and moral obligation to be assessing any asylum claims to the U.K. in the U.K.”

Britain says asylum-seekers should apply for refugee status in the first safe country they arrive in, including France. The United Nations disagrees. “There’s nothing in international law that says you have to ask in the first country you encounter,” said Larry Bottinick, a senior legal officer for the U.N. High Commissioner for Refugees.

“UNHCR understands the frustration of the U.K. government on that and is not in favor of Channel crossing, of course. We think there’s more effective ways and more humane ways to address this,” Bottinick told The Associated Press.