Home News Top UN counter-terrorism official: “A country cannot, and is not in the position, to fight terrorism alone,” 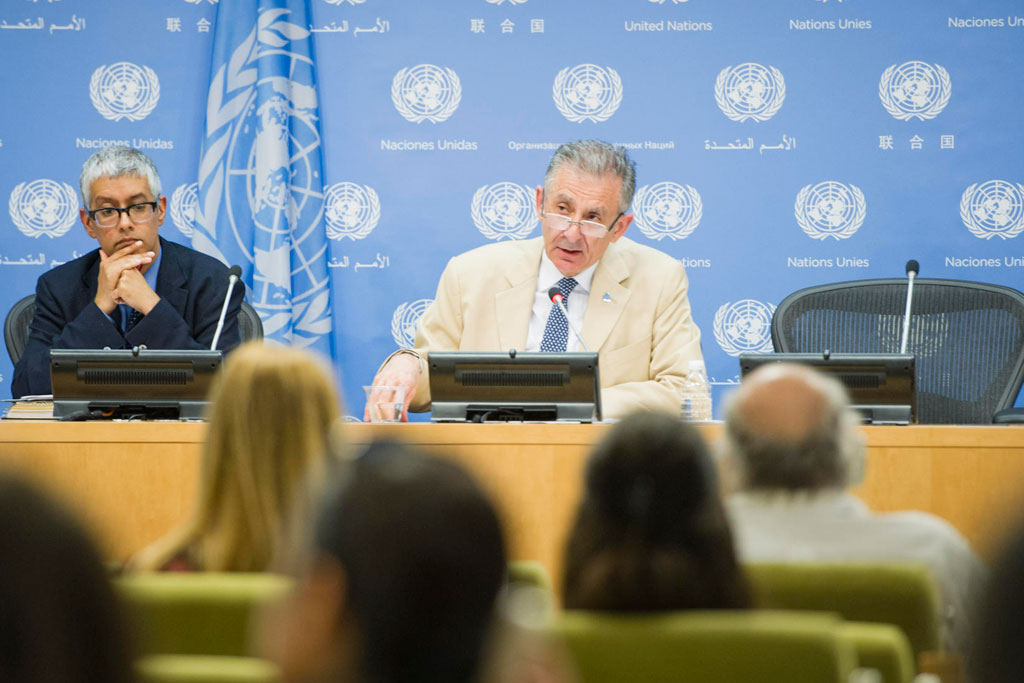 Top UN counter-terrorism official: “A country cannot, and is not in the position, to fight terrorism alone,”

22 July 2016 – With more than 30,000 foreign terrorist fighters from some 100 countries around the world, terrorism is a global threat requiring a comprehensive and unified response, a top United Nations counter-terrorism official said today.

“A country cannot, and is not in the position, to fight this phenomenon alone,” he added.

Mr. Laborde highlighted that while the territorial expansion and military force of the Islamic State in Iraq and the Levant (ISIL/Da’esh) was reduced in recent months, the group’s capacities have been changing into those of a “real terrorist organization.”

Indeed, he said, this year the group was able to “commit or indirectly inspire” at least 393 attacks in 16 countries during the month of Ramadan, from 6 June to 5 July, the majority of which occurred in Iraq and Syria.

“The first action is really to reduce to zero the territory of Da’esh (ISIL). This means that the so-called ‘caliphate’ cannot anymore be a hope for anybody,” Mr. Laborde said.

The Executive Director also stressed the importance of cooperation in international counter-terrorism efforts, including with civil society and the private sector.