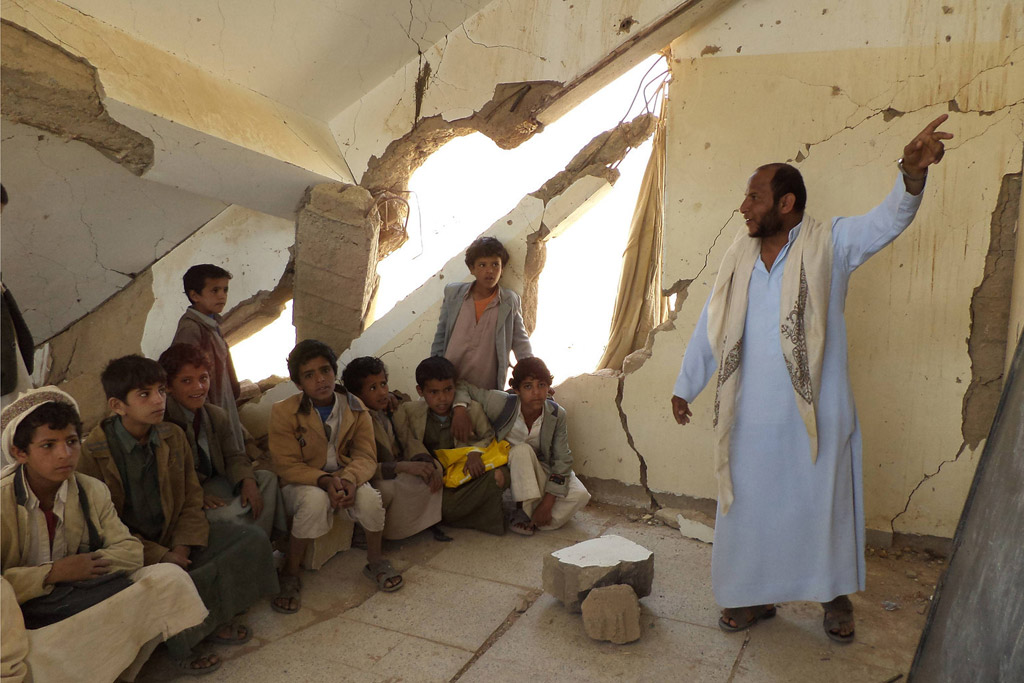 15 August 2016 – United Nations Secretary-General Ban Ki-moon has condemned the attack, reportedly an airstrike, on a school in northern Yemen that killed at least 10 children and injured many more over the weekend.

According to a statement issued by his spokesperson, the Secretary-General expressed “dismay” that civilians, including children, continue to bear the brunt of increased fighting and military operations in Yemen.

Mr. Ban called for a swift investigation of this tragic event in the Sa’ada governorate and urges the parties to the ongoing conflict to take all necessary measures to prevent further violations of international humanitarian law and human rights and do everything in their power to protect civilians and civilian infrastructure, the statement said.

“The Secretary-General reiterates that there is no military solution to the crisis in Yemen,” the statement said.

The UN chief also called upon the parties to renew — without delay and in good faith — their engagement with his Special Envoy for Yemen, Ismail Ould Cheikh Ahmed, in pursuit of a negotiated solution, the statement said.

Following nearly 16 months of conflict in Yemen, the cessation of hostilities was declared on 10 April. While peace talks between a Yemeni Government delegation and a delegation of the General People’s Congress and Ansar Allah have since continued, serious violations have occurred in Marib, al Jawf, Taiz and in the border areas with Saudi Arabia.

On 6 August, the UN special envoy announced a one-month break for the talks, during which “the focus will be on working with each side separately to crystalize precise technical details.”