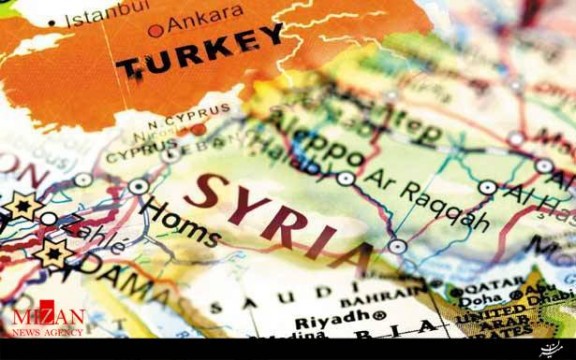 The WASHINGTON POST’s national security reporters Greg Miller and Souad Mekhennet recently wrote about the son of Osama bin Laden’s chief bombmaker, Mohammed Masri. In a series of exclusive interviews with Miller and Mekennet, Masri recalled dinners at Osama bin Laden’s compound and his own efforts to build a reputation in the Islamist world. Yet getting to Masri himself wasn’t easy, as both explain.

In a discussion on the question-and-answer site Quora, Miller and Mekennet detail how they approach interviews with members of terrorist organizations and what life is like inside the Islamic State.

Greg Miller: The interview itself is, oddly, like any other interview. You settle in. You work through your list of questions, improvise, seek to establish a connection and evaluate whether the person is being truthful.

It’s the lead-up to the interview that is unnerving. In this case, we knew that Masri’s father had built bombs for al-Qaeda, that he was killed by the CIA in a drone strike. We had to take seriously the possibility that he might see our meeting as a chance for revenge. And we had to take precautions.

Souad Mekhennet: Since the attacks on Sept. 11, 2001, I have interviewed members and leaders of different al-Qaeda branches as well as members of the Taliban and Shia militias. I’ve worked in Europe, North Africa, the Middle East and Southeast Asia. There is always the question of security and safety — not only for me or us as journalists but also the person being interviewed. But even after all kinds of planning, I found myself in very different and unexpected situations.
One group first put me through some kind of question-and-answer session, and I had to answer the questions while one of their commanders pointed his gun at me. One Taliban commander spontaneously changed the meeting place because he wanted to invite me to dinner (and discuss the prospects of marriage). So there are all kinds of dynamics that play into all of this, and by the end you can never be 100 percent prepared. You will have to decide within seconds on which steps to take next.

What have been President Obama’s biggest mistakes in dealing with terrorist organizations?

GM: I think President Obama probably regrets referring to the Islamic State as the JV team of terrorism. I imagine he wishes that his administration had found a formula to identify cases of radicalization before it was too late, but of course no one has found that formula. And while Obama’s legacy will be marked by significant success against al-Qaeda — including the death of bin Laden — he leaves his successor to inherit a terrorist threat that is in many ways much harder to contain.

SM: I think a mistake a lot of people made – not only President Obama – was to believe terrorism was defeated after Osama bin Laden’s death. I remember how some “experts” seriously believed that al-Qaeda and other organizations were on their way out. This seemed to be the way of thinking among some politicians, experts and also among some journalists. It was a fatal mistake.

The other mistake could be the approach toward some groups that played a role during the so-called Arab Spring, when people pegged the “dictator” against “democracy-loving people.” And while many have taken to the streets to gain more rights, there are still groups like ISIS or other actors that have used this vacuum to gain more influence and establish training camps in Syria and Iraq.

According to some ISIS members that I’ve interviewed, the next boost for them came when people in the region saw how Western countries brokered the nuclear deal with Iran (no Arab leader was invited to the talks). There is a belief and fear across many Arab countries and among Muslims that the West is at war with “Sunnis,” and ISIS and others are using this as a recruiting tool.

What can the United States do to stop ISIS?

GM: The truth is the United States, alone, probably can’t stop ISIS. I mean, look at the history. The precursor to ISIS was an organization called al-Qaeda in Iraq that was all but extinguished not so many years ago. But in fact there were glowing embers all along, and in a really brief span the organization exploded into something bigger than al-Qaeda ever was.

Counter-terrorism officials describe this as a generational struggle. The United States has gotten very good at damaging networks and killing terrorist leaders. Those measures can contain, but not stamp out, the threat.

SM: I think it is important to take a step back and look at the situation from various perspectives and sides. What decisions have led to the situation? Who are the people that influenced decision makers and the decision-making process? What are their backgrounds and ultimate interests?

Killing the leader of a terrorist organization doesn’t mean that it will destroy the organization’s entire structure. There are a various reasons why some terrorist groups become attractive to some people. No one is born a terrorist, so it’s important to look at the underlying reasons.

What is life like for a member of a terrorist organization?

GM: I imagine there is a great deal of adrenaline, and perhaps a sense of camaraderie and purpose, even if that purpose is a murderous one. But it’s also an existence of hardship.

When we met Masri, son of Osama bin Laden’s bombmaker, in a city I was struck not only with how nervous he was, but how utterly lost he seemed in a modern setting. It’s an exaggeration, but I wasn’t sure he would know how to operate an elevator. It was also clear that as much as he idolizes his father, he harbors a great of bitterness toward the man. The father grew up in Egypt, went to university and chose his path in life. His son never had that chance or choice.

SM: It varies depending on the organization or the person’s rank. The life of a foot soldier within ISIS is different from the life of a commander. When Greg and I interviewed various ISIS defectors for our story about the group’s media/propaganda machine, we learned a lot about how positions or sections determined the treatment of individuals.

We learned about the benefits and payments some received — who received more or less. The life they described sounded very different from what we have often seen in ISIS videos or pictures, where life is described in a more gloomy way.

Why has ISIS been so effective?

GM: Militarily, it has benefited from having experienced Iraqi soldiers in its ranks, fighters who have skills and know how to use weapons. But more importantly, it is the first modern terrorist organization to fully exploit the propaganda potential of the Internet and social media. Its videos and messages are pervasive and gripping. Its beheadings and brutality capture headlines. But at the same time it managed to convince thousands of recruits that its territory was a sort of paradise. That’s a harder case to make now that its territory is shrinking, and the flow of recruits has shrunk accordingly.

SM: If we want to understand why the so-called Islamic State is still so strong and what it is, we must look at the events in Iraq prior the war in 2003, what happened inside the country after the toppling of Saddam Hussein and the Baath party/system.

The other thing one shouldn’t forget is that ISIS is going after anyone who doesn’t agree with its ideology. That’s also why some Sunni tribal chiefs in Iraq and Syria who didn’t want to swear allegiance were immediately killed.

Tags: The Precursor to ISIS Was An Organization Called al-Qaeda in Iraq That Was All But Extinguished Not So Many Years Ago