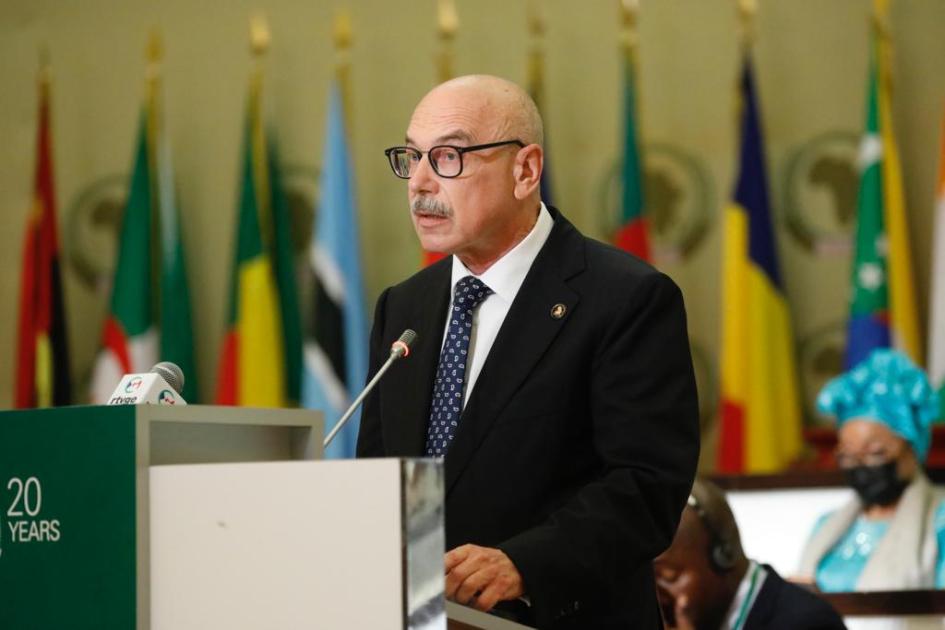 The primary responsibility for countering terrorism rests on States

Terrorism remains a significant global threat, affecting the lives and well-being of millions of people.

This threat has been felt particularly in the five regions of Africa, where terrorist activities have regrettably increased. According to the 2022 Global Terrorism Index, approximately half of all deaths attributed to terrorism globally last year were recorded in the continent.

Terrorist groups such as Al-Qaida and Da’esh, as well as their affiliates, have intensified their attacks across the continent, promoting chaos, killing innocent civilians, exacerbating intercommunal tensions, contributing to humanitarian catastrophes, undermining state authority, and upending development.

This challenge is further compounded by the intricate relationships between terrorists, armed groups and criminal networks, and the political upheaval caused by the recent wave of coups d’états.

In several countries, terrorist activities have exacerbated ongoing conflict dynamics, aggravating instability and human suffering. Reports of an increased influx of foreign terrorist fighters in some of these countries are also gravely concerning.

The primary responsibility for countering terrorism rests with Member States and their institutions. Stable States in which the social contract is resilient make the most effective partners in countering and defeating terrorism.