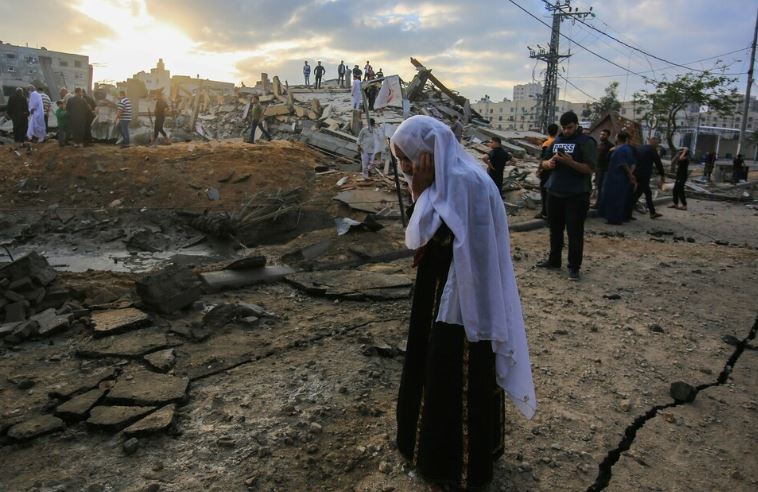 Association for Defending Victims of Terrorism – The United Nations and all other humanitarian actors have spent 15 years delivering humanitarian support to 2.1m Palestinians blockaded inside Gaza, and yet, there is still no sustained collective political action or will to resolve it.

In those 15 years, the international community has spent an estimated US$5.7 billion in Gaza just to help keep an incredibly resilient population afloat, in impossible conditions.

“The humanitarian relief effort has long become a permanent operation. We are collectively forced into being de facto enablers of an open-air prison,” said Oxfam International Executive Director, Gabriela Bucher, on marking 15 years of the blockade.

“Today, seven out of ten people in Gaza depend on aid. This must change. We look to the UN Secretary-General personally to make the immediate lifting of the Gaza blockade a priority,” Bucher said. “Israel’s control is total, extending down to levels that are frankly ridiculous and punishing – like banning Gaza’s export of tomatoes unless they have had their green tops removed, so they can’t be kept as fresh”.

“Most all of Israel’s restrictions are motivated by politics, not security. Palestinian families in Gaza are being collectively and illegally punished,” said Oxfam’s Country Director, Shane Stevenson. “Israel bans the export of date paste, cookies, and French fries. It has forbidden 3G and 4G phone data and there’s no PayPal. This is not a place where a young person can be expected to flourish and find happiness.”